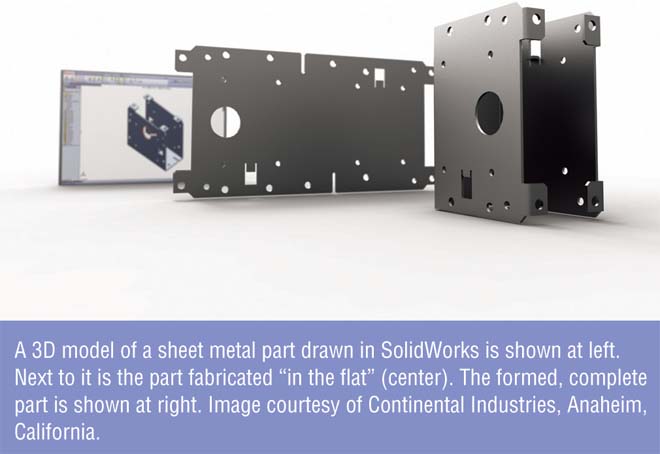 Continental Industries — an Anaheim, Calif.-based sheet metal fabrication company — is no stranger to expansion. Dubbed “One of Orange County’s Fastest Growing Private Companies” for revenue growth by the Orange County Business Journal in 2012, 2013, 2014, and 2015, Continental is currently in the midst of exciting growth that can be seen in a variety of forms.

Even more recently, Continental acquired a complementary company in the sheet metal fabrication industry in 2015. Since that strategic move, personnel, assets, and customers have been merged to increase the volume of business and enter new market segments.

The foundation for all this recent excitement can be traced back over the course of three decades to a modest fabrication facility and a small handful of workers. Originally called International West, Inc., one of the early hires in company history was Jeff Hayden, who took on welding, tackled outside sales, and handled programming when he came aboard.

Eventually, he also purchased the company and incorporated as Continental Industries. “He’s got a very good mind for business and a really good heart,” said Mike Moss, director of sales. “He’s a really great guy to work for.”

Some parts, such as commercial lighting fixtures, are fairly straight-forward. After cutting the parts to length, they are punched and formed. Then the edges are cleaned up. “They’re a very simple, quick run through the shop,” Moss said.

“More complex jobs require a whole variety of those processes, and in some cases all of them,” he added. One example is the casings and housings made for industrial equipment manufacturers that build machines very much like the ones used within Continental’s own walls.

The dimensions of the sheet metal parts handled along the way can vary widely. “Small parts aren’t an issue,” noted Moss, “but large parts have limits.” The company’s five 30- and 50-ton mechanical turret punch presses have a 60- by 72-inch table that can hold a sheet size that large without repositioning, or up to a 120-inch sheet in the flat by repositioning and moving it across the table. Punched tolerances hole to hole are within 0.005 inch, and so are formed tolerances.

“We utilize nesting software so we can capitalize on the sheet yield,” Moss said. “We use computer automated software to actually fit them in like a jigsaw puzzle so we can optimize the part usage out of the sheet.”

After a part comes off the turret punch press, the next stop is typically the press brake, used for bending metal. It takes the flat sheet and begins to form it into the general shape of the finished part. For example, an enclosure or box would have all the hole patterns put into a flat sheet first, and then the press brake forms up the sides and flanges into the general shape so that it can be processed and welded together.

“Some of these are simple, 90-degree bends and some of them are very complex, such as blended radius and multiple angles, which requires more sophisticated press brakes,” Moss said.
Equipment Enhancements
In order to add to the company’s capabilities, Continental recently acquired two of the latest Amada HDS press brake machines with visual LCD touch screen technology, eight-axis back gauge, and servo-hydraulic rams.

“Out of the gate they’re eco-friendly,” Moss said. “They use 20 percent of the electricity and 20 percent of the hydraulic fluid of a standard press brake machine, and also the power on these machines is only consumed when the press is in operation. It goes into a sleep mode and does not consume electricity while it’s sitting dormant or in-between cycles.”

The servo-hydraulic feature increases the speed and accuracy over a typical hydraulic machine as well. “This machine uses a combination of the servo motors, which are faster, stronger, and more accurate so that we can have more precision bends and have cycle times that are much faster,” he said. “Our throughput is better with a servo-hydraulic machine.”

The LCD touch screen display is an added feature that pays dividends, too. Normally, press brake operators have to take a copy of the blueprint of the part, magnetically hold that onto the machine, and visually look at that part and imagine how they’re going to bend in this process. “Our LCD touch screen display graphically puts an image on the screen where they can see the part layout and relationship to the tool,” Moss explained, “which expedites the processing.”

In addition, automating the operation leads to the most efficient yield from a setup. “Using Dr.ABE_Bend bending analysis software, we are able to substantially reduce setup times by programming the press brakes offline,” Moss said, “giving our company an operational advantage.”

Keeping Customers Happy
Although the equipment is impressive, according to Moss, Continental’s true differentiator is customer service. “In short, our responsiveness is a large part of our success,” he noted in an email interview. “Good customer service should be expected when companies do business together. It should not be a value added service. But many companies fall short on customer service.”

“Keeping our customers happy is the key to ensuring that our current customers don’t become former customers,” he added. “Failing to meet deadlines or ignoring customer inquiries can increase client dissatisfaction and spur them to investigate our competitors’ services. With customer responsiveness as a priority, we find that opportunities to serve customers increase, while problems and service issues decrease.”

Meeting tight delivery schedules, stocking materials in order to meet scheduled deliveries, and considering target pricing are examples of going the extra mile, and the potential impact of volume on pricing can be examined and considered, too. “It’s mutually beneficial because we get more business,” Moss said, “and our customers get far better pricing.”

With an engineering manager on staff, Continental can provide service that extends into problem solving for clients. Continental is able to make suggestions that impact the unit price, weight, strength, aesthetics, or raw material yield. Similarly, expertise with materials means a particular material type or coating can be recommended based on the part’s end use, environment, and industry. Ultimately, these suggestions can wind up leading to greater cost-efficiencies and overall value.

And the focus on accessibility means not just offering competitive pricing, but also inviting customers to come and visualize the whole process involved for themselves. All available information from concept drawings, first run prototypes, and conceptual drawings is reviewed in order to bring customer concepts to reality.

Challenge Accepted
OEMs or product manufacturers looking to bring innovative designs to market can turn to Continental for assistance with new product design and prototyping. When a customer from the music and recording industry said he had a niche product he wanted to introduce, for example, he brought forth a prototype, a sample of what’s currently on the market, and a vision for a more vintage look and feel.

Continental sat down with him in the design stage, developed the product, fit the placement electronically utilizing software, and then located and relocated for efficiency, access, and lighting all the way down to aesthetics. From there, they handled prototype runs and then an initial run. “Now all he has to do is say I need 10 more of these boxes or 100 more, and we can do that,” Moss said.

Similarly, Continental was approached by an aerospace company that makes battery testers for older military aircraft that have been put back into service. “They have these battery testers, but they haven’t been made since the 90s,” he said. “We have the unit, but we don’t have drawings.”

So they disassembled the part, reverse engineered it, and came up with a cost for the enclosure itself. When the client introduced the updated electronic components that needed to be added in, Continental designed that into the software and fabricated the parts.

When an existing customer wanted to improve the quality of a panel that was being sourced to a competitor, Continental was ready to meet the challenges head on. “Although the panel generally met the dimensional tolerances called out on the print,” Moss explained in an email interview, “the end user was not satisfied with the overall quality and aesthetics of the part.”

The panels were part of an assembled unit, and they were large – approximately 2 feet by 7 feet – with a series of formed cutouts that provided airflow to cool electrical components. The main challenge was that each tab in the panels was being formed one at a time on a press. “We had to automate the process if we were going to be competitive,” Moss noted.

The print called for a bend angle on the tabs of 90 degrees +/- 0.5 degrees, and the tab cutout was trapezoidal. The assembled unit contained a variety of electronic components and wiring, so the edges around the cutouts, formed tabs, and perimeter of the part needed to be free of sharp edges and burrs.

The fabrication process required the panels to be run through various machines in order to achieve the desired results, and to top it all off, the aesthetics were critical. When assembled, the panels on the unit were visible, so the surface finish was an important element. Because the print did not call for any line graining, jitter bugging, plating, or painting, this created yet another engineering challenge.

In order to meet the application requirements, Continental’s engineers designed and purchased special tooling in order to perform the trapezoidal cutout and form the tab opening for the airflow. Once the tooling was in-house, it had to be modified to produce the parts with the degree of accuracy specified by the customer. This ultimately led to the automation of the fabrication process, resulting in greater efficiency and faster throughput. They also worked with the material supplier in order to obtain the greatest yield and have them address the aesthetic requirements of the part.

“In the end, we were able to offer a part that met their dimensional tolerances, offered significantly shorter lead time, and exceeded their expectations by offering a 40 percent reduction in part cost,” Moss noted.

Forward Thinking
“I’ve been in the industry well over 20 years now, and I’ve worked for some of the largest machine tool companies in the world,” Moss said, “but I’ve never worked for a company quite like Continental.”

“In the very recent past, we’ve experienced market share growth, revenue growth, expansion into a new facility, growth through acquisition, and an expansion of our employee base,” he added. “We’ve had an incredible start to 2016 and remain optimistic that the rest of the year will prove to be one of the strongest that Continental has ever had.”

And there are no signs of slowing down, either. The company intends to increase certifications and approvals that will open up new markets, in addition to advancing the technology on the floor with newer CNC equipment, adding lasers and some automation along the way.

Looking ahead, Moss said the emerging Internet of Things (IoT), which is leading to the design and development of a new wave of smart, connected products, will likely present added opportunities for the company.

With a core group of customers involved in technology products, data storage, automotive, and aerospace, these industries will continue to change as the IoT progresses, and the products they’re putting to market will likely have to be revised as a result. “And that,” he said, “will be great business for us.”

Paul Nicolaus is a writer based in Park Falls, Wisconsin. 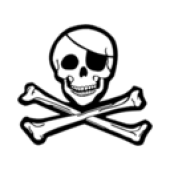 Creating Added Value: How Distributors and Value-Added Resellers Have Used the R&D Credit to Strengthen Their Businesses