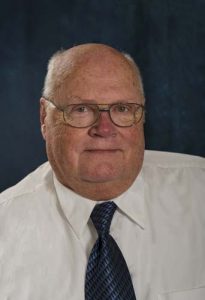 Derrik Snider is a past examiner for the Malcolm Baldrige National Quality Award and the founder of IMDS Data, LLC, which helps companies meet their IMDS requirements.

IMDS, a universal data reporting requirement for suppliers in the automotive supply chain, isn’t going away anytime soon. To stay on the right side of compliance, companies need to plan ahead.

“Why not?” asked Brian, the company’s general manager. “It’s due on Friday.”

“To ship, we need an IMDS number on the PPAP, and to get one, we have to provide detailed data on every piece of material in the part, including our supplier’s materials,” explained Steve.

“It’s unique to the auto business,” Steve replied. “For every part that goes into a car, we have to break down the part assembly, specify every material substance at every level, and enter the data in the online IMDS system. Until we do that, they won’t let us ship it. ”

“Can’t we just tell our customer what’s in it—send them the material certs?” Brian asked.

“I tried that, but they have to have the information in the online system. I can’t just send them a paper copy,” Steve replied.

“We have material safety data sheets in that binder. Can we use those?” Brian asked.

“Who is supposed to do that?” asked Brian.

“We have to, but we’ve never done it before. This is the first time our customer has asked for it,” said Steve. “From now on, they won’t sign off on our PPAP unless we do it.”

“It’s pretty technical,” said Steve. “Someone from engineering who is familiar with the BOM and knows material standards and specs, I would think.”

“How long will it take?” asked Brian.

“I’m not sure,” Steve replied. “We can access the web site to put in the data, but there are a lot of rules and procedures to follow to get it right. We also have to get materials specs from our parts suppliers; their BOMs aren’t detailed enough. I would guess two or three days, at least. Then we have to get the PPAP signed off.”

“Then we might be late on this one?” Brian asked.

“It could happen,” Steve admitted.

“Talk to Mike over in engineering and see if he can spare someone on this one right away—and expedite it. We can’t afford to be late—even one day. We’re locked into our customer’s schedule and they put our parts into production the day after they get them,” said Brian.

“OK,” Steve replied, “but you might hear from Mike.”

Brian then asked, “Will we be doing this IMDS thing a lot from now on?”

“Looks like it,” said Steve. “We’ve got orders for other auto parts in process, and more backlogged. We’ll have to supply IMDS data for each part number. If we want the auto business, then everything we make that goes into a car will require it. Also, any time we change materials or reconfigure an assembly, we have to update the data base for that part.”

“Steve, do the best you can for Friday and keep me posted, but I’d also like you to find out what our options are for dealing with this IMDS data requirement going forward,” said Brian. “We have to comply and we need to make sure that it gets done well before the shipping date, but I’d rather not tie up senior people doing paperwork. We need them to do their regular jobs. There has to be a better way. Send me an e-mail with your recommendations and bring it up at the staff meeting on Monday.”

“Will do,” Steve replied. 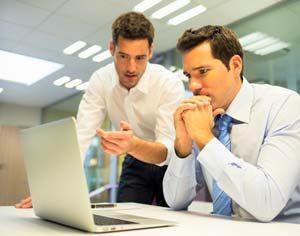 Many small production shops are struggling to cope with a host of data reporting requirements unique to the automobile industry. Photo courtesy of IMDS Data.

The scene just described is fictitious—or is it?  Small production shops (like FabFitCo), attracted by a steady flow of orders from automotive suppliers, are struggling to cope with a host of data reporting requirements unique to the automobile industry. One of these is the International Material Data System (IMDS), an industry-wide practice where every material substance that will eventually end up in a car must be specified and reported downstream, using international industry standards, by entering data into the IMDS database.

The purpose is to provide essential data for end-of-life environmental recycling of automobiles. Every supplier in the automotive supply chain is responsible for providing their material data to their customers, and most upper-tier customers require it as a condition of shipment. It’s routine paperwork for Tier 1-3 suppliers who are totally dedicated to the automotive industry, but for smaller and more diversified firms, like FabFitCo, it applies to only part of their production. These firms are lean on staff and need to find simple and cost-effective ways to comply.

After searching online that evening, Steve concluded that they had four options going forward:

learn it on their own; train some of their staff; have their suppliers do most of the work; or contract it out.

Learn It On Their Own

After reviewing the IMDS user manual, Steve felt that it would take several days for one of their engineers, working on it half-time, to learn how to use the system and provide complete and accurate data on all the materials in their automotive parts list. Meeting this Friday’s shipping date would be uncertain. The engineer could then train other people, but whom?  They had only one production planner who was already doing the work of two people. Learning and training would also take valuable engineering time away from design and trouble-shooting work. Like most small fabricators, FabFitCo ran a lean organization, and the engineering crew was needed to keep production running smoothly.

Steve learned that training in the IMDS system is offered once a month in Detroit. FabFitCo could send a couple of staff people to a two-day course, where they could practice using the system and return fully competent to do the job. There was the cost of travel, lodging, and meals, and the course tuition to consider. But a much larger cost would be losing the productivity of two key technical people for nearly a week. The next available class was nearly a month away, so this might be a long-range solution, but no help to their immediate shipping problem. Who else, besides one of their engineers, would they train for backup?

Have Their Suppliers Do It

Steve estimated that 60 percent of the materials in their part assemblies were provided by 15 of their suppliers, who, in turn, should be providing FabFitCo with their IMDS data, but they haven’t been asked. Some of those firms are even smaller and more diversified than FabFitCo, and Steve doubted they would be able to comply quickly. Even if they could, FabfitCo still had to create IMDS records for their own parts, incorporating their suppliers’ data. Only part of the job could be pushed out to their suppliers.

While they might be able to get supplier data on the current assembly in a few days, the larger picture would require imposing future IMDS compliance with all their automotive suppliers and providing some training and hand-holding. This would take someone a significant amount of time, and Steve was concerned that their suppliers might insist on price increases to cover the additional overhead. Brian would not be pleased with that.

In his online search, Steve learned that there are contractors who can be hired to do the IMDS data entry. Outsourcing their IMDS work to an experienced contractor looked like an attractive option, but not without its own challenges and costs. The new vendor would have to be vetted and approved by purchasing, since they would be handling sensitive proprietary information. References and performance history would have to be checked. Steve thought this could be accomplished in less than a day. Then the company’s buyer could get a quote.

Once hired, the contractor would have to be provided with all of the drawings, BOMs, technical specs, and chemical substances contained in the product part they are working on. Steve wondered if Brian and the management team would be open to sharing such proprietary information with an outside contractor. There would have to be a close working relationship and a high level of trust. Brian would have to find money in the budget for the contractor’s fee.

On the other hand, hiring an IMDS contractor right away might solve Steve’s immediate shipping problem, and, depending on comparative costs, it might be the best way to go in the long run. Outsourcing the highly specialized IMDS data entry would avoid the productivity losses and internal stresses of doing it in-house. After all, Steve thought, “It’s paperwork—necessary paperwork—but paperwork just the same. It doesn’t add any value to what we do. We need to minimize the additional cost and the impact on our operations. ”

Steve’s task now is to compare the benefits and costs of the four options, and make a recommendation to Brian and the management team. It’s a classic “make or buy” decision.

Plan Ahead to Avoid Rejected Shipments

The IMDS requirement isn’t going to go away. Currently, it is a universal requirement for all suppliers in the automotive supply chain. As national economies become more environmentally responsible and impose recycling regulations, other OEM industries are likely to follow.

The moral of this story? Decide in advance how you are going to handle IMDS requirements for your automotive products. You have options, but they all require advanced planning. Like Steve, compare the tangible and intangible costs and benefits, and decide which option is best for you. If you choose to outsource, bring your IMDS contractor in early in the production process. Don’t wait until you have a rejected shipment. Failure to plan ahead is the most costly option.