Two global robotics suppliers—Fanuc and Nachi—are expected to generate $63.1 million in private investment and create 136 jobs with their expansion plans in Auburn Hills and Novi, Michigan.

Following an expansion in 2016 to a system integration and logistics facility in Pontiac, Fanuc America’s accelerated growth led the company to construct a new facility in the city of Auburn Hills that will be used for engineering, product development, manufacturing, and warehousing.

The project is expected to generate a total capital investment of more than $51 million and create 100 jobs, resulting in a $1 million Michigan Business Development Program performance-based grant.

In addition, the city of Auburn Hills has offered a property tax abatement valued at $3,504,000 to support the project.

“Robotics and automation are key drivers of manufacturing competitiveness,” said Mike Cicco, president and CEO, FANUC America, in a release. “We’re looking forward to expanding our facilities here in Oakland County to keep pace with the growing demand for automation.”

Nachi Robotic Systems, Inc. (www.nachirobotics.com), a robotics and automation provider, is at capacity at its facility in the city of Novi and plans to lease a larger, newer facility in Novi that will house office, shop, laboratory, and warehouse space. The project is expected to generate a total capital investment of $12 million and create 36 jobs, resulting in a $360,000 Michigan Business Development Program performance-based grant. In addition, the city of Novi offered a 50-percent property tax abatement in support of the project.

“The North American Headquarters for Nachi Robotics has seen success in Novi since 1989, so we are thrilled that we’ll maintain residency in this city with a new facility on 12 Mile Road,” said Nachi Robotics Chairman and CEO, Akira Nozaki. “With the money received from this grant, we’re looking forward to expanding the footprint of NRS, not only in Novi, but Oakland County and the State of Michigan.”

An earlier version of this report, republished with permission of Halcyon Business Publications, Inc., appeared on August 2, 2018, in Area Development Online: www.areadevelopment.com/newsitems/8-2-2018/fanuc-nachi-auburn-hills-novi-michigan.shtml 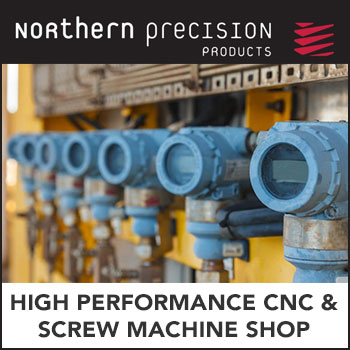