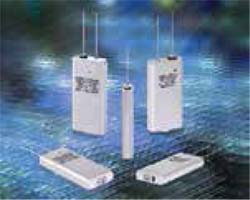 The 85°C THA Series Thinpack capacitors are 8.2 mm thick. The 105°C THAS Series offers a 9-mm profile, comparable in height to surface mount and axial leaded electrolytics, but with much higher bulk-storage capability in a single package, the manufacturer said.

Unlike traditional cylindrical electrolytics, the THA/THAS capacitors have a laser-welded case that eliminates the need for end-seal gaskets. According to CDE, this sealing method allows for much higher energy density over conventional electrolytics and extends life by preventing the loss of electrolyte.

A single THA/THAS capacitor can replace an array of SMT, axial, or radial aluminum electrolytics. That substitution can allow engineers to design smaller products with simplified assembly and higher reliability. In most applications, there are significant cost, weight, and space savings versus a comparably rated bank of SMT or axial aluminum electrolytic capacitors. This can allow a 70 percent reduction in board space and improved overall circuit reliability, thanks to the lower component count and fewer connection points, the company said.

The THA/THAS Series Thinpack electrolytic capacitors are also said to be well-suited for electronics applications that include compact power supplies, drones, RPVs, set-top boxes, and 1U rack-mounted devices.

Electronic Products’ annual awards  recognize outstanding products that represent a significant advancement in a technology or its application; an exceptionally innovative design; a substantial achievement in price/performance; improvements in design performance; or a potential for new product designs/opportunities.