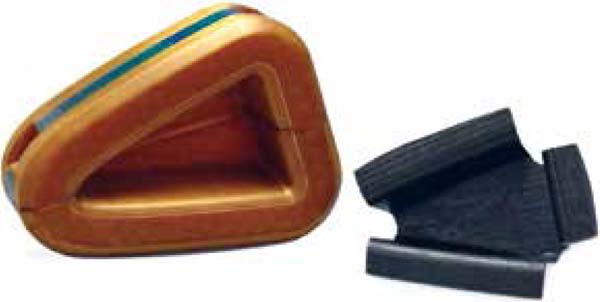 MINNEAPOLIS & REHOVOT, Israel—Stratasys is deepening its partnership with Boom Supersonic, the Colorado-based company building what it says will be history’s fastest supersonic airliner. The companies recently signed a seven-year agreement extension, which they say will further accelerate the adoption of additive manufacturing for 3D-printed flight hardware.

“By being able to print critical parts and components on site rather than purchasing them from a supplier, we can create custom parts, increase our speed from engineering to manufacturing, and focus on building the aircraft and fulfilling our vision,” said Mike Jagemann, head of XB-1 production at Boom, in a press release. “During the first three years of our partnership, we 3D printed more than 200 parts for tooling, prototypes, and test benches using Stratasys’s F370 and Fortus 450mc 3D printers, and have saved hundreds of hours of work time, enabling rapid iteration of design cycles. Stratasys’s standing as a global leader in 3D printed aerospace applications made them an ideal partner for Boom, and we’re excited to extend this partnership long-term.”

The new agreement is designed to integrate FDM+ 3D printing technology into flight part production for XB-1, and eventually for Overture, the Mach-2.2 commercial airliner. Providing a faster, more streamlined approach to qualify additively manufactured parts for aircraft installation, Stratasys AIS package will be instrumental to the aircraft expected to fly more than two times the speed of sound, or in excess of 1,500 miles per hour (2,400 km/h). 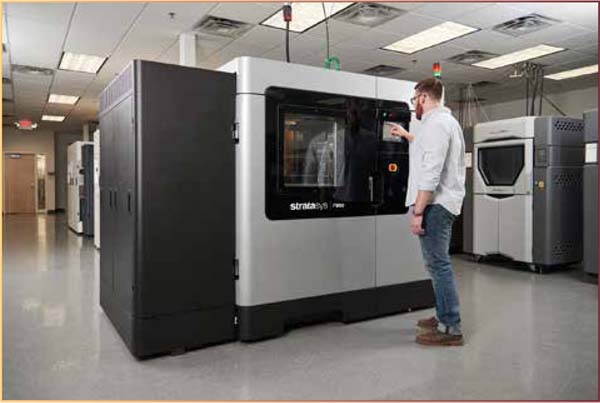 The airplane manufacturer is capitalizing on the power of Stratasys 3D Printing for more effective creation of composite part tooling on its XB-1 (Photo: Business Wire).

“The team at Boom is doing something that’s never been achieved—successful mainstream supersonic airline travel,” said Rich Garrity, president, Americas, Stratasys. “But development of aircraft that can safely and efficiently travel at Mach 2.2 requires a new approach to manufacturing processes. Working together, our teams have put the technology to work for efficient, reliable, and repeatable prototypes, tooling, and jigs and fixtures. Now, we’re ready to go further—for strong, durable, lightweight production-grade aircraft parts.”

Stratasys (www.stratasys.com) said that its F900 3D Printer has the highest repeatability and largest build size of any FDM system. It is well-equipped to handle complex production manufacturing needs, using a wide range of thermoplastics with advanced mechanical properties for parts that can endure extreme heat, caustic chemicals, and high-impact applications.

The AIS package offers aerospace manufacturers the documentation and training necessary to guide the complex qualification process. The result is flight-ready parts based on additive manufacturing.

Stratasys, FDM, F900, and Fortus 450mc are trademarks of Stratasys Ltd. and/or its affiliates.

Ace Wire Spring Shows Students What Manufacturing is All About