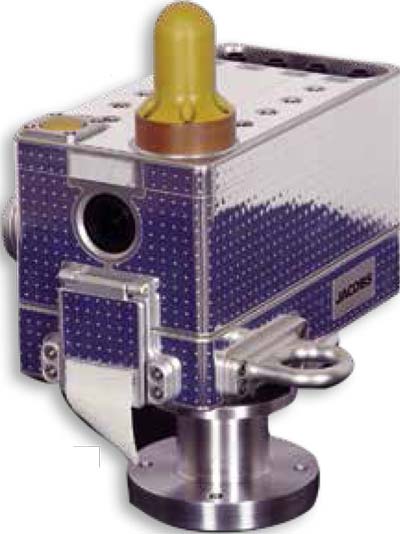 DALLAS—Jacobs, in partnership with NASA, recently achieved a milestone as NASA astronauts successfully deployed and used a wireless high-definition camera system for the first time during their extra-vehicular activity outside of the orbiting International Space Station (ISS). The successful deployment took place on August 21.

Designed and built by Jacobs, the wireless camera system is the first of its kind for the ISS. The complete camera solution allows NASA astronauts to capture video of target locations and can be repositioned easily to help the crewmembers see and identify potential issues outside the station. Capable of live streaming 720p HD video, it is  compatible with existing Wi-Fi systems on the station, allowing signals to be sent back to Mission Control in Houston in real time.

“Our Jacobs video engineering team at the Johnson Space Center has successfully led this effort to design and build a practical and affordable camera system for use on the International Space Station,” said Steve Arnette, technology and nuclear senior vice president for Jacobs Aerospace, in a press release.  “The system may prove to become a standard for camera systems that can be used to support NASA’s Artemis moon mission for landers, habitats, and roving vehicles.”

The ISS serves as a testbed for technology demonstrations of new capabilities and upgraded vehicle systems, which are enabling future missions. Longer and further exploration of space and critical missions will require new technologies to expand current capabilities.

The HD camera system is designed to withstand the extreme space environment outside the ISS by working inside an enclosed housing that protects the camera’s sensor from becoming too hot or too cold in the thermal environment. For power, the camera uses a rechargeable battery that can operate for up to 10 hours, supporting long-duration space walks.

Following further testing and development, the Portable Wireless Camera system may potentially be used in remote position locations for status and safety management during future space walks on the moon. As NASA’s largest services provider, Jacobs currently helps the agency capture remotely sensed imagery from the ISS, including those directed at aiding in disaster response.