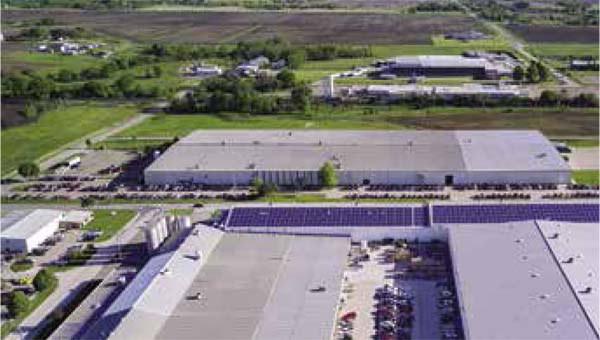 The company’s new power plant features a 517 kW roof-mounted solar array that works in tandem with a 212 kW-hour Tesla Powerwall battery energy storage system. During the day, the solar panels generate energy, which charges the Powerwall and powers the company’s advanced manufacturing operations. The battery system runs on an artificially-intelligent control system to automatically discharge at times of high energy usage (or peak demand) to avoid or reduce costly demand charges.

The array is expected to save AIP an average of $42,477 per year and prevent 9,377 tons of CO2 from entering the atmosphere over the next 25 years—equivalent to more than 10 million pounds of coal.

Lori Schaefer-Weaton, president of Agri-Industrial Plastics Company, said the decision was motivated by high utility costs. Blow molding is energy-intensive, and the scale of the operation magnifies the company’s energy demands.

“We run 27 lines 24 hours a day,” Schaefer-Weaton said in the release. “These are huge utility bills.” Schaefer-Weaton also sees benefits beyond the bottom line. “Some of the payback will be strategic, longer term, by building excitement around working at Agri-Industrial Plastics and being part of something bigger.” 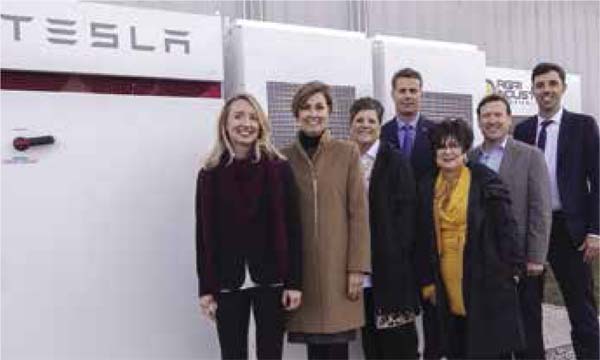 Schaefer-Weaton expects the array to attract forward-thinking employees, another strategic initiative for the project. The state-of-the-art solar project fits in at AIP’s facility, which uses robotic automation, sophisticated engineering techniques, and features a clean and modern work environment. The array will also demonstrate to its customers—many of which have green initiatives of their own—that AIP is planning for the long-term.

At a ceremony inaugurating the new power plant in October, Governor Kim Reynolds gave an address that emphasized the importance of embracing future-facing energy solutions to keep Iowa businesses competitive.

“My administration recognizes energy as a key resource and an area of strategic importance to Iowa’s economy,” Reynolds said in the release. “We want to keep energy costs low and energy jobs growing. I’m proud of the leadership role state government has played in fueling this kind of economic growth.”

Governor Reynolds also recognized that corporate sustainability initiatives are critical to attracting top talent and millennial workers, who became the largest generation in the U.S. labor force in 2016.

“Renewable energy isn’t just good business in public policy,” she said. “It’s also increasingly important to our customers and our workforce. Sixty-four percent of millennials won’t work for a company without a strong corporate sustainability commitment. More than half of our Gen Z’ers say they would pay extra for sustainable products. Thanks to investments by companies like Agri-Industrial Plastics and innovators like Ideal Energy, Iowa is, and will continue to be, a proud renewable energy leader.”