We have already found lots of superconductors, but this whimsical illustration shows why one superconductor’s newfound properties may make it especially useful. Most known superconductors are spin singlets, found on the island to the left. Uranium ditelluride, however, is a rare spin triplet, found on the island to the right, and also exists at the top of a mountain representing its unusually high resistance to magnetic fields. These properties may make it a good material for making qubits, which could maintain coherence in a quantum computer despite interference from the surrounding environment. Credit: N. Hanacek/NIST

Nature often reveals itself in surprising ways, so scientists, who study nature, have a lot of opportunities to be surprised. Over the past year and a half, I have been working on UTe2, a simple compound made of two parts, uranium and tellurium, which I discovered is a superconductor. That is, it conducts electricity without resistance under certain conditions.

Superconductivity is exciting because it’s almost like a superpower: It can help scientists detect very weak brain activity, accelerate particles to nearly the speed of light, and potentially provide the building blocks for futuristic quantum computers that could solve complex problems our current computers can’t touch.

UTe2 has been studied for decades, and it seemed to be a pretty uninteresting material. Its magnetic properties were first studied in the 1960s. In the 1990s, scientists measured how well single crystals conducted electricity, but it remained a magnetically disordered metal, i.e., not magnetic like iron, which is considered a boring vegetable. However, all the measurements done previously were carried out above the ultracold temperature of 1.8 kelvin (K) (-271.4 C or -456.4 F). Scientists did not measure its behavior at the very lowest temperatures that can be achieved in a lab.

For a compound containing a magnetic element, in this case, uranium, the system will usually disperse its energy by having all the spins of its atoms or electrons organized in an ordered manner, which is called a magnetically ordered state. (“Spin” doesn’t correspond to anything in the macroscopic world we inhabit, but you can think about it just like a small magnet sitting on the electron or atom, either pointing up or pointing down.) Examples are ferromagnetic state, in which all spins align in the same direction, or antiferromagnetic state, in which adjacent spins align in opposite directions. 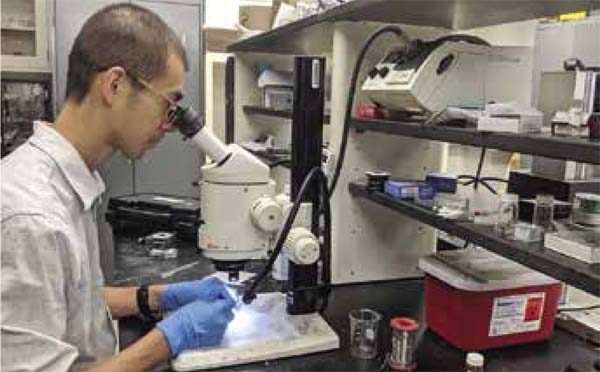 Sheng Ran views a sample of uranium ditelluride through an optical microscope in his lab at the University of Maryland Quantum Materials Center. Photo courtesy of Mark Esser/NIST.

I felt almost certain that if I could cool down UTe2 a little further, I would find such a magnetically ordered state. This was completely doable! Indeed, the first time I cooled it down below 1.8 K, it transitioned to an ordered state. However, it was not a ferromagnetic state, nor antiferromagnetic state, as I would expect. It was a superconducting state! The temperature below which superconductivity happens, the superconducting critical temperature, is 1.6 K (-271.5 C or -456.8 F), only 0.2 K below the temperature at which all the previous measurements were performed for a few decades.

So, the first surprise is simply that UTe2 is a superconductor!

Surprise No. 1 alone is not earth-shattering. Superconductivity is actually a very common state of matter at low temperatures. Scientists discover superconducting compounds fairly regularly. No big deal. It is surprise No. 2 that really caught our attention.

For example, most recently, scientists pressurized lanthanum hydride and found that it was superconducting at a very high temperature, relatively speaking, specifically 250 K (-23.2 C or -9.7 F). The critical field of this superconductor is about 150 tesla (T), a measure of a magnetic field’s strength (1 tesla is equal to the strength of about 100 average kitchen magnets). On the other hand, the critical field of the first superconducting material discovered, mercury, with a critical temperature of 4 K (-269.1 C or -452.5 F), is less than 0.1 T. Mercury exhibits the more typical behavior for superconductors. 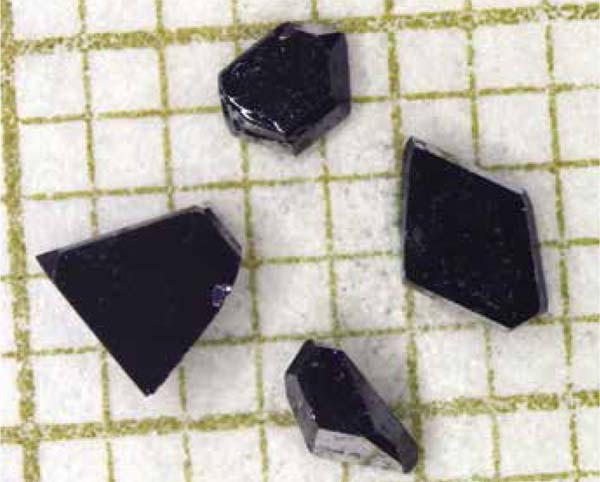 The extremely high critical field made us think there might be a third surprise waiting for us.

The quantum physics origin of superconductivity is related to a pair of electrons called a Cooper pair. Of the thousands of superconducting compounds discovered so far, almost all of them share one common property: The two electrons forming the Cooper pair have opposite spin direction, and, therefore, a net magnetic moment of zero. These are called spin-singlet superconductors.

Staring at the critical field data, I suspected that UTe2 might be the long-sought-after spin-triplet superconductor. The reason is very simple. If the spins of the electrons in the Cooper pair have opposite directions and we apply a magnetic field, it will flip one of the spins to make it the same direction as the magnetic field. Therefore, the Cooper pair is broken, and superconductivity is suppressed. However, if the spins already have the same direction, they can both remain in the direction in the magnetic field and, therefore, remain paired. This can naturally explain the high critical field of UTe2.

Of course, this is not the only way to explain this phenomenon; we needed more experiments to check this hypothesis. The most direct experiment is “nuclear magnetic resonance,” which probes the spin state of electrons. If it is spin-singlet pairing, then the total spin moment gradually goes to zero. But if it is spin-triplet pairing, the spin moment does not change. When our collaborator did the experiment, the spin moment showed no change. It’s triplet pairing! To a certain extent, this was expected, but we still felt surprised because it’s such a rare phenomenon at the quantum level.

In order to know how high the critical field really is, we performed experiments at the National High Magnetic Field Lab, in Tallahassee, Florida.

This really goes against our expectations of superconductivity. There are only a few other examples showing magnetic-field-induced superconductivity, including the ferromagnetic superconductors. However, as mentioned, UTe2 does not have a magnetically ordered state. There is no well-understood mechanism to explain how the magnetic field can induce superconductivity in UTe2.

The discovery of spin-triplet superconductivity in UTe2 is not only interesting in terms of fundamental physics, but also has potential applications for quantum computation. Our paper on UTe2 immediately attracted attention and has inspired a lot of ongoing experiments.

This is the end of my story for now, but I think more surprises are on the way.

Sheng Ran is currently a postdoctoral researcher at NIST and the University of Maryland. He obtained his Ph.D. in physics at Iowa State University. Besides doing research in quantum materials, he is also a meditation instructor.

This article was originally posted on November 19, 2019, on Taking Measure, the official blog of the National Institute of Standards and Technology (NIST). Taking Measure provides a behind-the-scenes look at NIST’s research and programs, covering a broad range of science and technology areas.

Reprinted with permission of NIST.