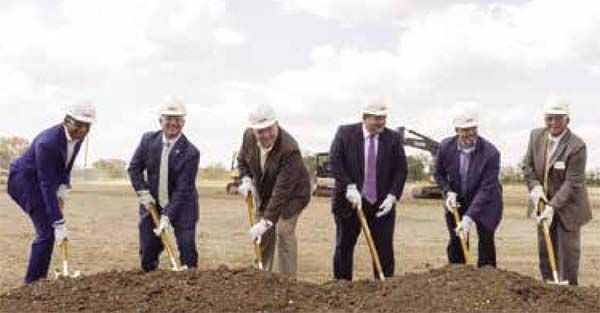 CIRCLEVILLE, Ohio—DuPont Electronics & Imaging celebrated progress on the planned $220 million expansion at its Circleville, Ohio, plant last fall. The ceremony was attended by more than 100 people, including guests from local and state government, as well as DuPont employees and leadership.

“We remain very excited about how this expansion and increased capacity will enable us to better support our global customers and their need for advanced high-reliability materials,” said Jon Kemp, president, DuPont Electronics & Imaging, in a news release. “This groundbreaking ceremony is an important milestone and we are pleased to have such great support from the local community to mark the occasion.”

“DuPont’s plant expansion in Circleville is yet another indicator of Ohio’s strength in manufacturing, technology, and talent,” said Ohio Senate President Larry Obhof.

DuPont Electronics & Imaging is a global supplier of materials and technologies serving the semiconductor, advanced chip packaging, circuit board, and electronic and industrial finishing industries. The company also serves the display industry and the digital and flexographic printing industries.

“This investment represents the strength of DuPont and the great working relationship the company has in Ohio and local communities,” said McIlroy. “Pickaway County and the City of Circleville thank DuPont and their employees for producing products that literally change the world.”

DuPont anticipates the expanded facility will open by 2021.

Volkswagen Breaks Ground on Expansion for EV Production in USA