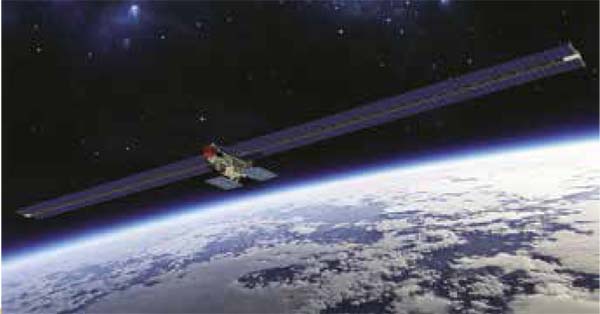 The objective of the Archinaut One mission is to construct two 10-meter solar arrays, on orbit, to power an ESPA-class satellite. (Photo: Business Wire)

BOULDER, Colo.— Blue Canyon Technologies (BCT) has been selected by Made In Space, Inc. to support the development of the spacecraft platform for the company’s upcoming Archinaut One mission. The flight demonstration mission, scheduled to launch no earlier than 2022, will demonstrate how robotic manufacturing and assembly can enable entirely new structures and assemblies in orbit, a company release said.

The objective of the Archinaut One mission is to construct two ten-meter solar arrays, in orbit, to power an ESPA-class satellite. Once in orbit, Archinaut One will employ its extended structure additive manufacturing capabilities and advanced robotics to manufacture and assemble the satellite’s power system. The Archinaut-created solar arrays will yield nearly five times the power currently available to ESPA-class satellites.

“The implications of our ability to conduct 3D printing in space are endless, and we’re proud to partner with Made In Space to make this mission a reality,” said George Stafford, founder and CEO of Blue Canyon Technologies, a small satellite manufacturer and mission services provider. “More and more, we’re finding that our spacecraft bus capabilities are enabling increasingly innovative technologies, changing the new space frontier and how we can leverage it.”

Blue Canyon’s diverse spacecraft platforms have enabled a broad range of missions and technological advances for the new space economy, further reducing the barriers of space entry.  Blue Canyon Technologies is currently building more than 60 spacecraft for government, commercial, and academic missions. The company has doubled in size over the past 12 months and plans to open its new 80,000-square-foot headquarters and production facility this year, the release said.

In 2019, Made In Space was awarded a $73.7 million contract to develop Archinaut One as part of NASA’s Technology Demonstration Missions program within the Space Technology Mission Directorate.

Blue Canyon Technologies, Inc. (www.bluecanyontech.com)  is an integrator of aerospace systems and developer of advanced aerospace products and technologies. The company has more than 60 satellites in production and is developing a new 80,000-square-foot facility for high rate production. Blue Canyon has supported missions for the U.S. Air Force, NASA, and the Defense Advanced Research Projects Agency (DARPA), among many others.