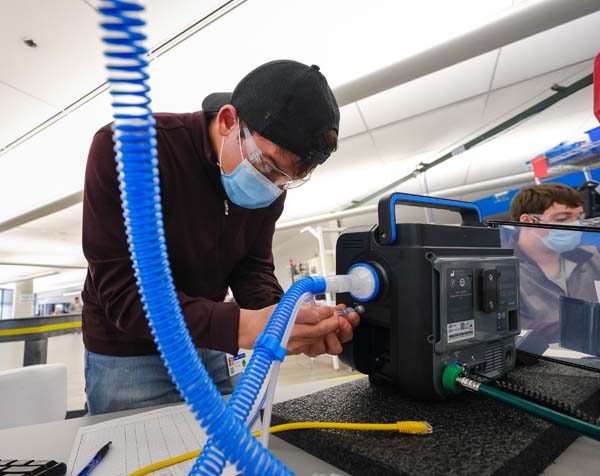 The crisis is fueling robust demand from medical OEMs, university research labs, and the governors of 7 Northeastern states

Shortly after Ventec partnered with GM in March, the companies’ supply base made plans for sourcing more than 700 discrete parts required to build the ventilator. After expanding their supply chain to support production of up to 10,000 ventilators per month, the companies began mass producing the ventilators in mid-April and delivered their first shipments to Chicago area hospitals three days later.

The Ventec-GM manufacturing partnership led not only to the sourcing of hundreds of parts and assemblies from suppliers, but also the design of a new manufacturing process. GM’s electronics plant in Kokomo was transformed into a new-look factory capable of producing medical devices. Extensive health and safety protocols were put into action, along with the ongoing hiring of more than 1,000 manufacturing team members, GM said in a release.

Ventec Life Systems CEO Chris Kiple called the partnership between Ventec and GM “an historic effort and a great reminder of what can be accomplished with the power of American innovation and American manufacturing skill uniting together around a singular mission to save lives.”

“This unique partnership combines Ventec’s respiratory care expertise with GM’s manufacturing might to produce sophisticated and high-quality critical care ventilators,” Kiple said in a release from GM. “This pandemic is unprecedented, and so is this response, with incredible support from GM and their suppliers.”

While companies like Ventec and GM are augmenting their already extensive supply chains, engineering teams are working at research labs throughout the U.S. to design new ventilators. Like the OEM engineers, these engineers need suppliers to scale the production of their designs. 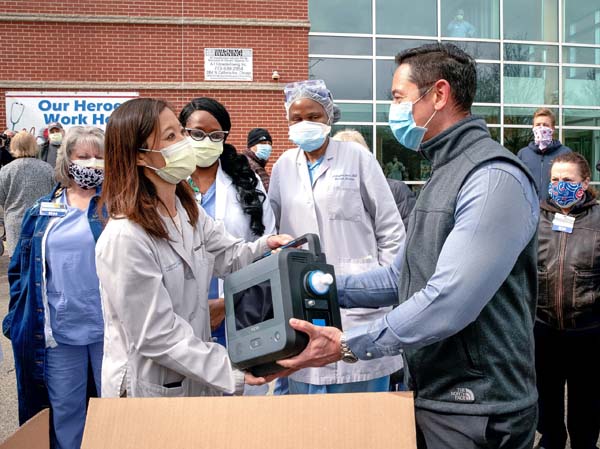 Weiss Memorial Hospital receives a shipment of VOCSN critical care ventilators Friday, April 17, 2020, in Chicago. The ventilators were produced at the General Motors manufacturing facility in Kokomo, Ind., through a partnership with Ventec Life Systems in response to the COVID-19 pandemic. (Photo by Nuccio DiNuzzo for General Motors)

In one instance, a team of researchers at the University of Minnesota designed a simple, low-cost mechanical ventilator system that can be rapidly manufactured to help alleviate shortages of ventilators in hospitals and makeshift clinics. The system, dubbed Coventor, was designed by an anesthesiologist and engineers to help patients, “who would otherwise not have an opportunity to survive, to survive,” said Stephen Richardson, M.D., a cardiac anesthesiologist at the University of Minnesota, in a recorded interview on the Coventor website. Richardson teamed with Arthur Erdman, Ph.D., and Aaron Tucker, M.S.M.E., on the project.

“We aim to build a low-cost, scalable mechanical ventilator that will augment existing medical equipment to increase availability of mechanical ventilation worldwide, even in low resource areas,” the researchers said on the website. “We believe this is a realistic way to scale ventilator support in the face of potentially unprecedented demand.”

Coventor is a compact ventilator, about the size of a cereal box, with a frame that can be metal-stamped, 3D printed, or injection molded. Unlike commercially available mechanical ventilators, it doesn’t need pressurized oxygen or air supply to function. Instead, it uses a mechanical actuator to stabilize and compress a commercially available ambulatory ventilation bag, or bag valve mask resuscitator (“ambu bag”). A control system adjusts the respiratory rate and limits the pressure of the air that is pushed into patients, according to the researchers.

Coventor received U.S. FDA Emergency Use Authorization on April 14 and is available for licensing. Its design files can be downloaded at no cost.

The governors of seven Northeastern states are working to identify capable suppliers after agreeing to develop a regional supply chain for PPE and medical equipment. The seven states—New York, New Jersey, Connecticut, Massachusetts, Rhode Island, Pennsylvania, and Delaware—are looking to find domestic suppliers that can scale to meet the region’s demand for medical equipment over the next three months, according to releases from the offices of New York Governor Andrew M. Cuomo, Connecticut Governor Ned Lamont, and Delaware Governor John Carney. 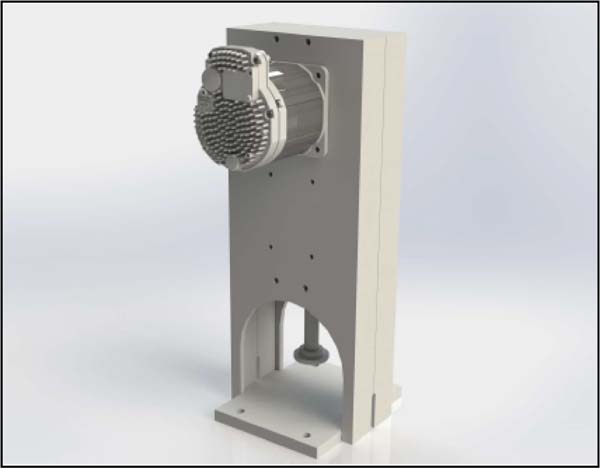 The regional partnership is expected to help the states to aggregate demand, reduce costs, and stabilize the supply chain. The goal is to decrease the potential for disruptions in the supply chains for PPE, medical equipment, and testing, and to promote regional economic development.

“With global supply chains continuing to experience a major disruption due to the pandemic, combining the efforts of our states into a regional purchasing initiative will help our states obtain needed PPE and other medical equipment without competing against each other,” Governor Lamont said in the release. “Partnering with our neighbors helps make our purchasing power stronger and more dependable.”

The states will coordinate policies regarding the PPE inventory that each state’s health care infrastructure should have available, and the supplies that local governments should keep on hand for first responders. They will also determine whether any requirements regarding PPE for the nonprofit and private sector are needed.

Rhode Island Governor Gina Raimondo said that healthcare workers “should never have to worry if we have enough PPE to keep them safe.”

“Over the past two months, we’ve been scouring the earth for supplies and have worked hard to meet the demand on the frontlines,” she said. “We know that, in order to safely reopen the economy, we need a long-term supply of PPE for all critical infrastructure workers. I look forward to continuing to collaborate with states across the region in order to build and maintain a steady, reliable, and affordable supply of PPE.”