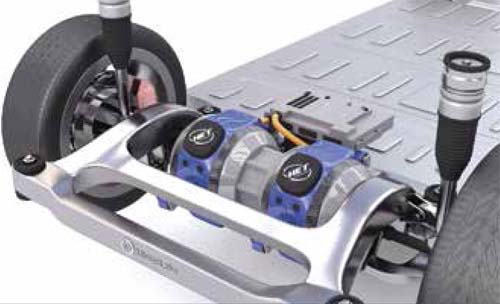 Linear Labs’ technology includes a new form of electric motors that are reported to produce twice the torque of competitive motors, or equal torque in half the size. Image courtesy of Linear Labs, Inc.

FORT WORTH, Texas—A $68.9 million economic incentive package signed by the City of Fort Worth and smart electric motor company Linear Labs in June aims to stimulate technological growth, innovation, and employment in the Lone Star state. Its cornerstone is an advanced manufacturing and research facility that could prove instrumental to the city’s efforts to become a major technology hub.

Linear Labs, Inc. (https://linearlabsinc.com/) plans to secure a 500,000-square-foot facility for advanced, smart manufacturing to support thousands of new, skilled jobs over the next 10 years. The research and production center will create electric motors for use in electric vehicles, robotics, HVAC, and last-mile micro-mobility, as well as various industrial applications, according to releases from the city and the company.

“Fort Worth is our home, and we can see the strategic moves the city is making to shape its infrastructure into the next major technology hub,” said Brad Hunstable, co-founder and CEO of Linear Labs, in a statement. “The area offers a highly skilled talent pool with world-renowned universities and innovative companies, including Lockheed Martin, Bell Flight, and American Airlines. These resources, now combined with the city’s endorsement, shows us we have chosen the right place to build the foundation for our future.”

Linear Labs’ technology includes a new form of electric motors that are reported to produce twice the torque of competitive motors, or equal torque in half the size. The technology is said to provide increased power while potentially reducing costs in applications that include the EV automotive market.

The new Linear Labs facility will serve as a research and development center and  as a manufacturing location for producing electric motors through advanced processes, including automation that will continuously evolve. Dark Factory methodology will be implemented to allow for robotic automation with human oversight. The goal is to increase efficiency of production and personnel safety while  creating additional jobs for skilled workers.

The formal agreement between Linear Labs and the City of Fort Worth was approved by the City Council in a public session at Fort Worth City Hall. It is said to be the first-ever partnership of its kind between Fort Worth and a private entity centered around research and development, with the economic incentive package aimed to stimulate U.S. employment within the Lone Star state, specifically in the fast-growing Fort Worth metropolitan region.

“Fort Worth continues to establish itself as a hub for technology and innovation companies, and we are thrilled to add Linear Labs’ new research and production facility to that list,” said Mayor Betsy Price.