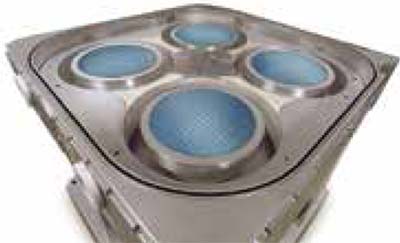 Traditional methods of gapfill for semiconductor manufacturing include legacy chemical vapor deposition, diffusion/furnace, and spin-on processes. These techniques are no longer viable for today’s 3D NAND requirements, as they are limited by the tradeoffs between quality, shrinkage, and gapfill voids.

“Our goal is to provide customers with the most enabling ALD technology,” said Sesha Varadarajan, senior vice president and general manager of the deposition product group at Lam Research, in the release. “This technology combines the ability to produce high quality oxide films with superior gapfill performance, in a single processing system with the productivity advantages offered by our industry-leading quad station module architecture.”

The system delivers the continued cost and technology scaling required to meet the semiconductor industry roadmap, Lam Research said in the release.

Lam Research Corporation (https://www.lamresearch.com/) is a global supplier of innovative wafer fabrication equipment and services to the semiconductor industry. Its Striker FE platform with ICEFill technology is part of the Striker ALD product family.