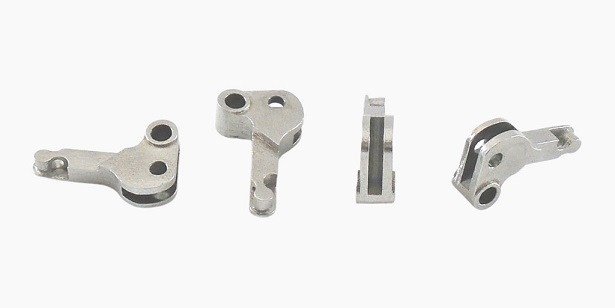 3DEO, recognized by MPIF for its high-volume component, continues to build a factory of advanced manufacturing technologies around its printer.

3DEO received an Award of Distinction in the aerospace/military/firearms category for the part, made by a hybrid metal additive manufacturing (AM) process. The competition is sponsored by MPIF, a federation of trade associations for the metal powder producing and consuming industries.

“We are honored to receive this award of distinction from MPIF,” said Payman Torabi, Ph.D., 3DEO’s co-founder and CTO, in a company release. “It is a terrific accomplishment for 3DEO that highlights the giant leaps we have made over the last 18 months commercializing our technology.”

From its factory in Los Angeles, 3DEO supplies small, complex stainless-steel components in high volumes to customers in the medical, defense, aerospace, and other industrial markets. According to the firm’s president, Matt Sand, that’s no coincidence.

“Our capabilities are terrific at making very small and very complex parts,” Sand said in a phone interview. “The more complex the part, the more cost-effective we’ll be. And when you look at the industries in which these small, complex parts live, you see that it’s primarily aerospace, medical, and defense.”

Sand told D2P that the anchor link won the Design Excellence Award largely because of the technical achievement it represents.

“There are thin walls on this part, and such fine features,” Sand said. “If you were to look at trying to do this with binder jetting, it would be very difficult, if not impossible, to achieve those features.”

3DEO CEO Matt Petros, Ph.D., commented that it was particularly exciting to him that “the winning component is a high-volume production part, not a one-off prototype.”

“We had to out-compete CNC machining to win the production order, and we did that with a lower piece price and the ability to seamlessly scale quantities into very high volumes,” Petros said in the release. “It was a ‘win-win’ for both 3DEO and our customer.”

To achieve that winning cost structure and ability to scale up to high production volumes, 3DEO needed to pull a lot of pieces together. When co-founders Sand, Petros, and Torabi started 3DEO in 2016, they began building the company around its patented metal 3D printing technology, Intelligent Layering®. The technology reduces part costs versus 3D binder jetting by using a low-cost spray head—rather than an inkjet—to spray the binder as a part is being built.

Intelligent Layering also leverages CNC milling. Sand called the technology “ultra-precise” in its use of CNC end mills, saying that CNC provides 3DEO the precision and repeatability needed to consistently hold tight tolerances. “The general tolerances we’re able to hold right now are plus or minus three to four thousandths of an inch, and that puts us on par with the best of injection molding, as far as I’m aware,” he said.

Instead of cutting one layer at a time during the part build, Intelligent Layering enables 3DEO to cut multiple layers at a time with a single cut of the CNC end mill. This makes the process faster and provides a cleaner side finish on the part than would be possible if multiple cuts were needed. “Our surface finish is like a very nice investment cast surface finish, and we can very cost-effectively get it to a nice MIM-like surface finish,” Sand said.

Sand credited the company’s CTO, Payman Torabi, for setting a “blinding pace” for upgrading and improving 3DEO’s hardware on the fly over the last four years.

“Payman is able to continue to see where the big knobs are that we can turn to really improve the process, and to fundamentally affect the throughput and the precision of the parts or process,” he said. “A big part of what Payman has been doing for the last four years is really improving the process to a point that the throughputs of the factory and the yields are truly competitive, from a cost structure perspective, with traditional manufacturing.”

Even though the company started with a metal 3D printer, Sand said 3DEO works within a wide scope of technology, and is proving to be much more than a metal 3D printing company. The company employs about 25 engineers—”all of them can code,” Sand said—and has a bustling R&D department that constantly leverages enabling technologies to its advantage.

“We’ve got this all-star engineering team that’s basically capable of inventing anything that we can’t pull off the shelf, and it creates the potential for a lot of magic to happen,” Sand said.

“All of these enabling technologies are converging, and they’re converging in such an interesting way that allows us to grab one and implement it in our production line in a matter of days or weeks, not months or years,” he said. “With some of these vision systems libraries of pre-established code, we’re able to pull this code base and immediately put it into action, which is pretty phenomenal.”

It’s all part of 3DEO’s efforts to expand its technology scope beyond its metal 3D printer. Sand said that for the last three years, the company has focused on building a factory of advanced manufacturing technologies around its printer to achieve the cost structure and part quality needed to compete with traditional manufacturing.

“It’s a highly differentiated business model in this industry, and it’s allowed us to get where we are today,” Sand said. “We found that what it takes to get into high-volume production and be cost-competitive is an entire factory. So, that’s what we’re building.”