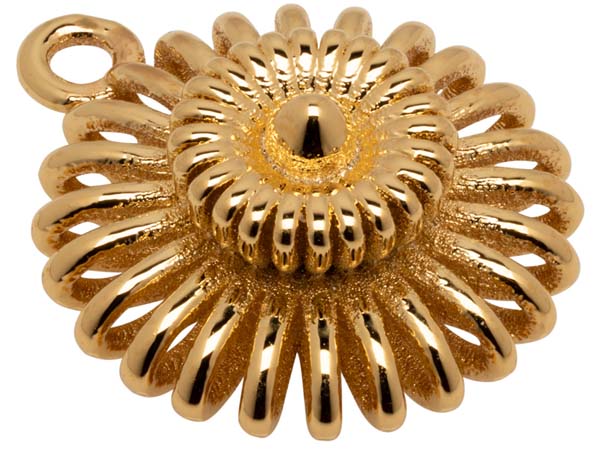 The P-1 is said to be suitable for cost-effective serial production of small and complex parts, as well as smaller scale process development activities. (Photo: Business Wire)

BOSTON—Desktop Metal began shipping its new P-1 printer in December, the company announced recently. The P-1 expands Desktop Metal’s Production System™ lineup and is designed to serve as a bridge from process development to full-scale mass production of end-use metal parts, the company said in a release.

The Production System P-1 leverages the same patent-pending Single Pass Jetting™ (SPJ) technology and core additive manufacturing benefits for companies and research institutions alike at the size and scale of serial production. The Ford Motor Company is reported to be among the first early adopters to purchase the new Production System P-1.

“We know industrial businesses around the world are eager to begin working with the Production System P-50 and benefit from the fastest, most cost-effective way to manufacture metal parts of all levels of complexity at-scale,” said Ric Fulop, CEO and co-founder of Desktop Metal, in the release. “Adding the P-1 to our Production System portfolio serves as a key enabler for these companies as they look to develop processes and materials on a smaller scale before ramping up to mass production volumes. Similarly, many businesses and research institutions are also interested in leveraging the economics and quality of SPJ technology for mid-volume serial production, making the P-1 an ideal fit and a great stepping-stone to broad adoption of Desktop Metal’s technology and flagship P-50 printer.”

“Ford has been active in 3D printing since 1988 with acquisition of the third commercially available stereolithography (SLA) system; we are very excited to be early adopters of the P-1,” said Cynthia Flanigan, director, vehicle research and technology, Ford Research and Advanced Engineering. “We expect that this new system will serve as an important tool in the development of our future advanced process and alloy implementation, enabling our researchers to investigate additional production opportunities of metal binder jetting at Ford Motor Company. Our early collaboration with Desktop Metal highlighted the need for a lab scale system that is aligned with the functionality of the production scale system so we can further develop expertise around this process.” 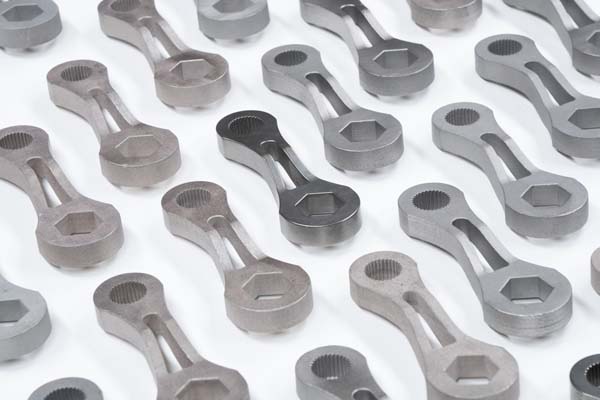 The P-1 is designed to print each layer in less than three seconds. At this maximum build rate, it can achieve production throughputs 10 times higher than those of legacy powder bed fusion systems and fast enough to complete a full build in less than one hour, according to Desktop Metal. (Photo: Business Wire)

A shared SPJ technology architecture enables direct process transfers between the P-1 and P-50, according to Desktop Metal. Created by leading inventors of binder jetting and single-pass inkjet technology, the Production System P-50 is an industrial manufacturing system designed to achieve speeds up to 100 times those of legacy PBF additive manufacturing technologies (1). It is said to enable production quantities of up to millions of parts per year at costs competitive with conventional mass production techniques.

The P-1 offers a new form factor to bridge the gap between benchtop process development and mass production, leveraging the same patent-pending SPJ technology and print carriage design as on the P-50 but with enhanced process flexibility, the company said. Also similar to the P-50, the P-1 features a print bar with native 1200 dpi, advanced printhead technology that supports a wide variety of binders.

It also offers an inert processing environment to support nonreactive and reactive materials, a key benefit for businesses and research institutions looking to experiment with a variety of materials. As a result, materials research and new application development conducted on the P-1 can be transferred directly onto the P-50 to scale to mass production, without needing to take this more industrial manufacturing system offline for R&D activities. This enables efficient process development and new product introductions, the company said.

“For many businesses like Ford, the P-1 will serve as a learning lab for processes as they look to scale up to full production,” said Fulop. “Research institutions are also eager to adopt the Production System P-1 to experiment, validate materials, and test a variety of use cases for metal binder jetting with a smaller build box that offers all of the benefits of SPJ technology, including speed, quality, and reliability.”

The P-1 is said to offer cost-effective, serial metal parts production for small and complex parts. Single Pass Jetting technology on the P-1 is designed to print each layer in less than three seconds, including powder deposition and compaction, anti-ballistics, binder deposition, and printhead cleaning. At this maximum build rate, the P-1 can achieve production throughputs 10 times higher than those of legacy PBF systems (1) and fast enough to complete a full build in less than one hour, according to Desktop Metal.

The P-1’s open material platform and inert process environment allow customers to use low-cost, third-party metal injection molding powders across a variety of materials. As a result, the P-1 is suitable for cost-effective serial production of small and complex parts in addition to smaller scale process development activities, the company said.

Powder reclaimed during the printing and depowdering process can be recycled for future use, driving further cost efficiencies and resulting in a more environmentally friendly manufacturing process. In addition, the tooling-free manufacturing process on the P-1 is said to facilitate quick turnovers to new jobs, along with the ability to print many complex geometries simultaneously with no print supports required.

(1) Based on published speeds of single-laser, mid-range laser powder bed fusion systems as of August 25, 2020.