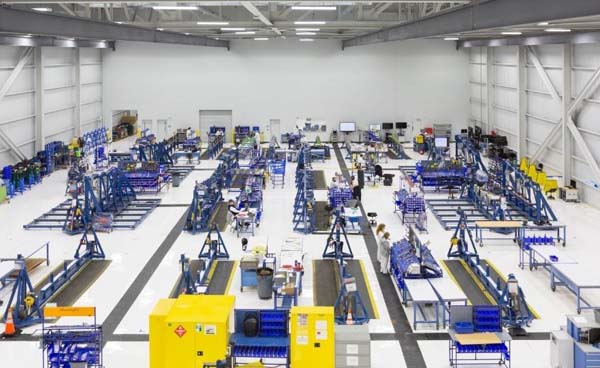 GREENSBORO, N.C.—Honda Aircraft Company recently began operations at its new Wing Production and Service Parts Facility, an 83,100-square-foot facility that will house a new wing assembly process for the HondaJet Elite aircraft. The facility, located at the company’s world headquarters at the Piedmont Triad International Airport in Greensboro, is expected to boost production efficiency by enabling Honda Aircraft to assemble more wings concurrently, the company said in a release.

The HondaJet Elite is reported to be the fastest, as well as the farthest- and highest-flying aircraft in its class. Its wings comprise an exterior skin made of machined one-piece aluminum alloys, backed by alloy ribs. The combination is said to achieve a smooth surface, designed to reduce aerodynamic drag and structural rigidity.

“Honda is a mobility technology company, and our newest facility further increases efficiency of assembly,” said Michimasa Fujino, president and CEO of Honda Aircraft Company, in the release. “It also will house more service parts to support the rapidly growing HondaJet fleet.”

The new facility represents an additional investment of $24.3 million. It includes a main wing assembly hangar, a service parts warehouse for parts storage and distribution, a paint booth, and office areas. To date, the total capital investment in Honda Aircraft Company’s North Carolina facilities is more than $245 million, according to the release.

“Since entering the market five years ago, the HondaJet has received a tremendous response from customers,” Fujino added. “This facility will enable us to continue to provide our growing global customer base with the highest level of customer support.”