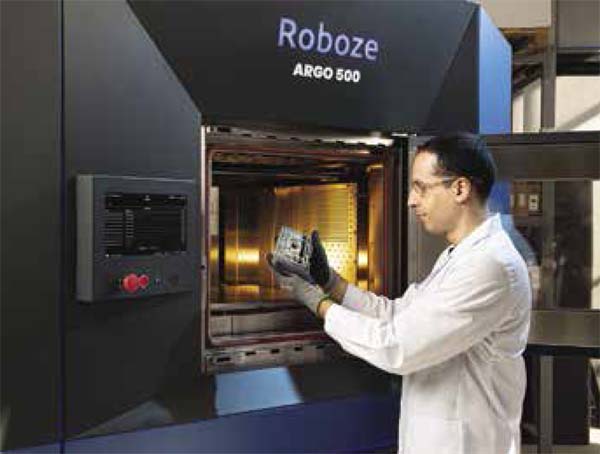 HOUSTON—Roboze, a manufacturer of industrial 3D printing technology for extreme end-use applications, has been selected by the University of Colorado Boulder to optimize the design and 3D printed components for a CubeSat project within the college’s department of Aerospace Engineering Sciences. The CubeSat will spend at least six months in orbit measuring electromagnetic waves emitted by lightning discharges on the earth’s surface, the company said in a release.

“Because we are so constrained by mass, 3D printing was the ideal solution for our CubeSat,” said Vicki Knoer, a researcher in the project, in the release. “Roboze allowed us to meet the requirements of the project by guiding us in choosing the most suitable material and in the optimization of the parts to minimize mass. We are very satisfied with the results we are achieving.”

The project kicked off in spring 2019. After the first validation phases, the launch into space is scheduled to occur in the first half of 2022, according to the release.

“Thanks to extraordinary mechanical properties, as well as high thermal and chemical resistance, 3D printing is rapidly replacing metal in a wide variety of extreme end-use applications, including aerospace, mobility, and energy,” said Roboze founder and CEO Alessio Lorusso, in the release. “It was an honor and a real privilege to collaborate with the LAIR group on this project.”

Roboze 3D printing technology is reported to be capable of processing super polymers and composite materials on-demand for finished functional parts that are used in extreme applications in the aerospace, oil and gas, energy, manufacturing, and mobility sectors. The company’s 3D printers are said to facilitate the “optimization of costs and time along the entire supply chain, while bringing additive manufacturing closer to the standards of traditional manufacturing.”