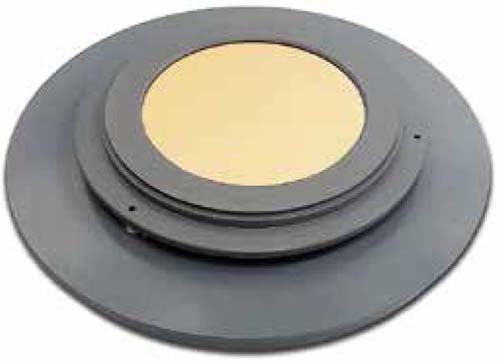 KALISPELL, Mont.—A new plating rotor from semiconductor equipment manufacturer ClassOne Technology is designed to enhance processing performance on the company’s Solstice® electroplating systems. Class One Technology CEO Byron Exarcos said in a release that the design of its proprietary SoftSeal™ Plating Rotor, together with the plating reactor, is key to maximizing on-wafer performance.

“It’s responsible for distributing the electrical supply across the wafer, isolating electrolytes from the electrical contacts, and a great deal more,” Exarcos said in the release. “Which is why we’re constantly working to optimize rotor performance. The new SoftSeal is our latest and most advanced generation in Solstice rotors, and it’s already achieving unprecedented levels of electroplating uniformity along with reduced cost of ownership.”

ClassOne Senior Technology Director John Ghekiere attributed the highly-uniform performance to a “combination of finely-tuned rotating-disk electrode physics and an optimized density of electrical contacts around the wafer.”

“The ‘SoftSeal’ name comes from its high-performance FFKM elastomer seal, which very effectively isolates plating chemistries from the wafer’s edge-exclusion zone, Ghekiere said in the release. “The new rotor also adapts automatically to substrate thickness, so it can accept thick or thin substrates without any adjustment. The design accommodates both flatted and multi-flat wafers, and it’s customizable to non-standard wafer sizes. Plus, the seal is more robust than on competitive rotors, meaning longer part life and no handling concerns.”

Ghekiere also noted the SoftSeal rotor’s low profile, which enables bubble-free entry into the plating bath. He added that “a unique design feature directs excess chemistry back into the bath at the end of the plating process.”

“This is particularly important for conserving expensive plating baths, such as gold. After processing, a special wafer retrieval method eliminates wafer flexing and stress by eliminating the need for extraction force at the center of the wafer,” he said.

The new SoftSeal rotor is designed to fit all models of the company’s Solstice electroplating systems and will be standard equipment on all of the new tools going forward, according to ClassOne.

ClassOne Solstice systems are designed to provide high-performance, cost-efficient, single-wafer electroplating specifically for < 200mm processing, the company said in the release. The series includes the Solstice S8 and Solstice S4 for fully automated 8-chamber and 4-chamber high-speed production. It also includes the semi-automated Solstice LT, with up to three chambers that can be used for process development and production.

ClassOne Technology (www.classone.com) provides innovative wet-chemical processing equipment, including electroplaters, spin-rinse-dryers, spray solvent tools, and more. The company focuses on making advanced processing technology available to users of < 200mm wafers, such as compound semiconductor and many emerging markets that traditionally have been underserved by the larger equipment manufacturers.