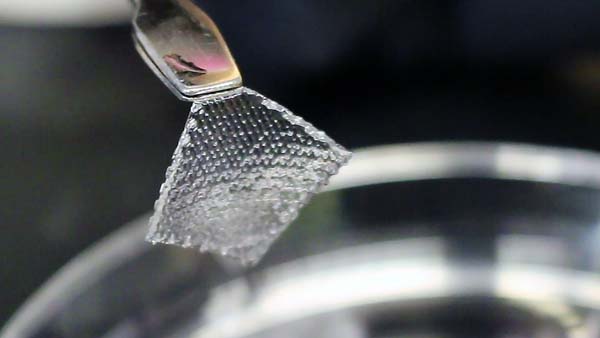 BOSTON—Desktop Metal, Inc. reported it has completed its previously announced acquisition of EnvisionTEC, a global provider of volume production photopolymer 3D printing technology for end-use parts. The transaction is valued at $300 million, consisting of a combination of cash and Desktop Metal stock and subject to customary adjustment, Desktop Metal said in a release.

EnvisionTEC will operate as a wholly owned subsidiary of Desktop Metal and continue to be led by founder Al Siblani, who will serve as chief executive officer of the EnvisionTEC business.

“With EnvisionTEC now a part of Desktop Metal, we are well positioned to offer customers a complete platform across polymers and metals, focused on Additive Manufacturing 2.0 solutions for volume production of end-use parts,” said Ric Fulop, CEO and co-founder of Desktop Metal, in the release. “Together, we have more than 200 distribution partners around the world that extend our reach into applications across fast-growing markets for additive manufacturing, such as dental, medical, and jewelry, in addition to doubling down on the broader industrial market. As we join forces, I’m more confident than ever we can accelerate the adoption of AM 2.0 and help customers transform how parts are made around the world.”

As the original inventor of digital light processing (DLP) 3D printing technology, EnvisionTEC has one of the strongest intellectual property portfolios in the area-wide photopolymer 3D printing market, counting more than 140 issued and pending patents. The company is reported to have more than 190 qualified materials for its platforms and more than 5,000 customers across a broad range of industries, including automotive, aerospace, medical devices, jewelry, and biofabrication. In the dental market, EnvisionTEC is said to have more than 1,000 dental customers who are now using its printers for pre-production and end-use parts.

Desktop Metal said in the release that EnvisionTEC brings a compelling product portfolio for photopolymer additive manufacturing, including the new Envision One and Xtreme 8K printing platforms. They are designed to deliver high-speed and economical end-use parts production with exceptional accuracy and properties that meet or exceed those of thermoplastics. The company is a pioneer in digital biofabrication additive manufacturing with its Bioplotter platform, which supports the production of biocompatible parts for such medical applications as bone regeneration, cartilage regeneration, soft tissue fabrication, drug release, and organ printing.

The acquisition is said to more than double Desktop Metal’s global distribution network, adding vertically focused partners in such markets as medical, dental, and jewelry, and increasing its geographic sales capabilities to 68 countries around the world.