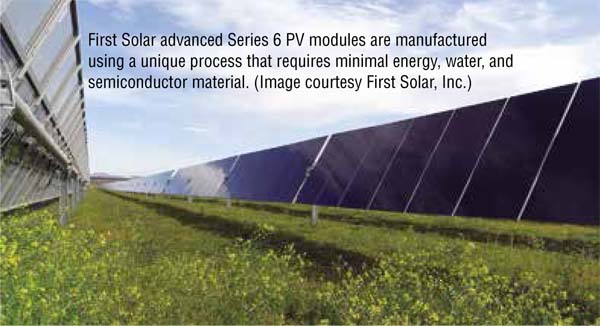 DETROIT—General Motors recently reported it had entered into a new power purchase agreement for a 180-megawatt solar project, reported to be the equivalent of about 47,882 U.S. homes’ electricity use for one year. The solar energy will come from a new solar field in Arkansas originally developed by First Solar, Inc. and will use photovoltaic solar modules, GM said in a release.

With this agreement, GM has the option to store energy for future use, a first for the company.

The power purchase agreement will supply three GM sites in the Midwest: Wentzville Assembly in Missouri and Michigan’s Lansing Delta Township Assembly will be fully powered by solar energy. The remaining power will be allocated to Lansing Grand River Assembly.

“GM’s investment supports the use of solar technology, innovated and developed by First Solar in the United States, to power factories that form the core of the Midwest’s industrial resurgence,” said Georges Antoun, First Solar chief commercial officer, in the release. “As America’s solar company, we’re proud to support GM’s manufacturing footprint in the Midwest with sustainable solar electricity, especially as it builds on over a century of automotive excellence and innovates toward a zero-emissions future.”

First Solar is the only U.S.-headquartered company among the world’s nine largest solar manufacturers. The company has reportedly invested more than $1 billion in expanding its Ohio factories, establishing the Western Hemisphere’s largest solar manufacturing footprint. First Solar has approximately 2,500 employees across the U.S., including more than 1,600 at its U.S. manufacturing facilities, and is working with more than 240 suppliers in Ohio, according to the release. 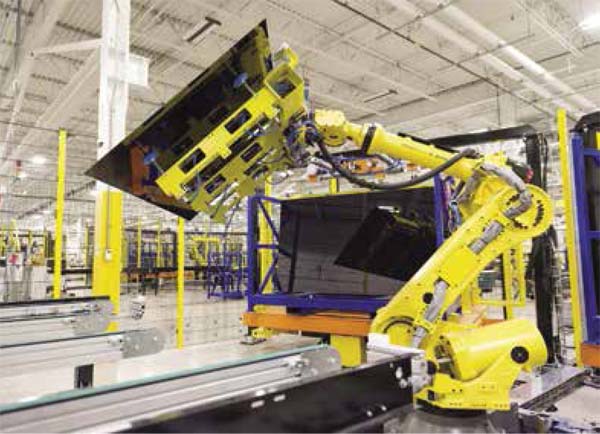 First Solar’s proprietary thin film solar modules, developed at its R&D centers in California and Ohio, are manufactured using a unique process that requires less energy, water, and semiconductor material. First Solar is also a pioneer in photovoltaic module circularity, recovering more than 90 percent of the materials, including its CadTel semiconductor, from every module processed at its recycling facilities in Ohio.

The company brings cradle-to-cradle circularity to solar panel manufacturing. One kilogram of CadTel can be reused 41 times to generate 2 gigawatt-hours of clean energy, while displacing 1,100 metric tons of carbon dioxide over 1,230 years, according to the manufacturer.

“As GM continues its transition to an all-electric, zero-emissions future, it is imperative that we also invest in a cleaner grid that can support everything—from our factories to our vehicles,” said GM Chief Sustainability Officer Dane Parker, in the release. “Investments like these have increased access to renewable power, and with this deal, we are exploring the next frontier of renewable energy, which integrates the principles of circularity and energy storage, among others.”

The agreement followed news that GM received a 2020 Green Power Leadership Award in the Excellence in Green Power Use category. According to the Environmental Protection Agency, GM has demonstrated exemplary action and dedication to significantly advancing the U.S. renewable energy market through voluntary use of green power.

Earlier in 2020, GM announced two other renewable projects totaling 600 MW of solar energy, which are expected to be operational by 2023. General Motors said that it continues to make significant progress in its use of renewable energy to power its operations, combining power purchase agreements, green tariffs, and on-site renewable energy projects.

General Motors said in the release that as it works to meet its 100 percent renewable energy goal in the U.S., it will continue to build on its strategy to focus on market solutions to help reduce emissions near the communities where GM operates. How it sources the energy to power its facilities and products is essential to the company’s zero-emissions, all-electric vision, the company said.

The Missing Link to Additive Manufacturing: Merging DfAM and Data