Engineering a Refrigerator for Space Travel

A team of engineers from Purdue University and two prominent manufacturing companies is  building a refrigerator to ensure astronauts can eat more nutritious food in space. On another project, Purdue engineers collaborated with a research scientist at Oak Ridge National Laboratory to deploy a programmable, wavelength-selective switch that could help make a quantum internet more efficient.

WEST LAFAYETTE, Ind. — For astronauts to go on long missions to the moon or Mars, they need a refrigerator. But today’s fridges aren’t designed to work in zero gravity – or upside down if oriented that way when a spacecraft lands on another planet.

A team of engineers from Purdue University, Air Squared Inc., and Whirlpool Corporation is working on building a fridge for zero gravity that operates in different orientations and just as well as the one in your kitchen, giving astronauts access to longer-lasting and more nutritious food.

In May, the team will test its fridge design on Zero Gravity Corporation’s (ZERO-G) unique weightless research lab. The only testing space of its kind in the United States, the specially designed plane will fly in microgravity dozens of times – for 20-second intervals –  during each of four flights. Data from these flights, which are supported by NASA’s Flight Opportunities program, will help the team determine if the design is ready to be used in space.

The canned and dried food that astronauts currently eat during missions have a shelf life of only about three years. The team’s project, funded by NASA’s Small Business Innovation Research (SBIR) program, aims to give astronauts a supply of food that could last five to six years.

“Astronauts need to have better quality food that they can take along. And so that’s where a refrigerator comes into play. But it’s still a relatively novel technology for space,” said Eckhard Groll, a professor and head of Purdue’s School of Mechanical Engineering.

The engineers are not the first to attempt building a fridge like those used on Earth for space missions, but they are among the few who have tried since astronauts walked on the moon in 1969. Even though fridge experiments have been in space before, they either didn’t work well enough or eventually broke down.

Cooling systems currently on the International Space Station are used for experiments and storing biological samples rather than for storing food, and they consume significantly more energy than fridges on Earth. The team is aiming to design a fridge that could be sent into space ahead of a mission and operate at freezer temperatures to meet the needs of astronauts. (Watch the YouTube video here.)

The engineers’ May flights will test possible solutions to making the type of cooling process that a typical fridge uses – vapor compression refrigeration – reliable enough for space missions.

“When I jumped on this project, it wasn’t completely clear what the problems would be, since there haven’t been many vapor compression refrigeration experiments in microgravity in the past,” said Leon Brendel, a Purdue Ph.D. student in mechanical engineering. “In a typical fridge, gravity helps to keep liquid and vapor where they are supposed to be. Similarly, the oil lubrication system inside of a fridge’s compressor is gravity-based. When bringing new technology into space, making the entire system reliable in zero gravity is key.”

Brendel and Paige Beck, a Purdue junior majoring in mechanical engineering, and three other members of the team from Air Squared will be flying with experiments testing various aspects of the fridge design. For each flight, the plane will perform 30 parabolas including Martian, lunar, and micro gravities. During and after the peak of the parabola, the engineers will experience a microgravity environment, allowing them to float around to observe their experiments and collect data. 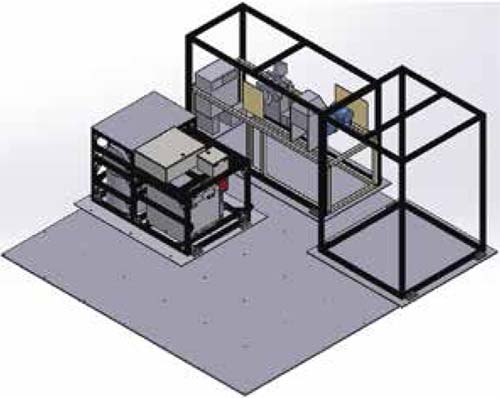 A team of engineers has built three experiments to test the effects of microgravity on a new oil-free fridge design: a prototype for potential future use on the International Space Station (left), a setup for testing the prototype’s vulnerability to liquid flooding (center), and a larger version of the prototype with sensors and instruments to capture how gravity affects the vapor compression cycles (right). (Image courtesy Air Squared, Inc.)

“This is a once-in-a-lifetime opportunity for me. I can’t wait to board the plane,” Brendel said.

The team’s fridge prototype is about the size of a microwave, ideal for potentially fitting onto the International Space Station and plugging into an electrical outlet like on Earth. The prototype, built by Air Squared, will fly as one of the team’s three experiments.

Purdue researchers built two other experiments to fly that will help them understand in detail how well the prototype operates. One of these experiments is a larger version of the prototype with sensors and other instruments to measure the effects of gravity on the vapor compression cycles, while the other experiment tests the prototype’s vulnerability to liquid flooding that could damage the fridge. The experiments were built at Purdue’s Ray W. Herrick Laboratories, facilities for research on heating, ventilation, air conditioning and refrigeration.

The Purdue team is testing the ability of the fridge design to operate in different orientations, such as upside down and sideways, by rotating the larger version of the prototype in the lab. Rotating this experiment gives the team a sense of how gravity affects the design before flying in May.

“Nowhere on the ground can you find microgravity to run an experiment, but we can change the relative direction of gravity to our fridge by rotating it,” Brendel said.

If the researchers prove in their lab that gravity has a negligible impact on the vapor compression cycle, then the design might also work in zero gravity. And if the fridge can work in any orientation, then space crews wouldn’t have to worry about making sure the fridge is right side up at a landing.

To avoid the problem of how a zero gravity environment would affect the flow of oil throughout the fridge, Air Squared developed an oil-free compressor. The compressor will be tested both in the prototype and in its larger, more instrumented counterpart built by Purdue researchers.

“No gravity means that oil isn’t flowing where it should. Our design provides a higher reliability by not requiring oil in the compressor so that the fridge can run for a long period of time and not be challenged by a microgravity environment, where oil might leave the compressor, become trapped in the system and render the compressor inoperable,” said Stephen Caskey, a project engineer at Air Squared, principal investigator for the team’s NASA SBIR award and an alum of Purdue’s School of Mechanical Engineering.

Whirlpool Corporation provided other components for the fridge experiments as well as expertise on how to integrate these components, run the experiments and package the prototype in a way that would meet requirements for use on the International Space Station.

“If you have a problem with a fridge in space, you can’t just call a service team to come fix your fridge like you can on Earth,” said Alberto Gomes, senior principal engineer at Whirlpool Corporation. “When we develop fridges for household applications, reliability is a very important piece. You need the fridge to last for several years. We’ve brought in some expertise to this project on how to make these systems more reliable for space.”

If these experiments are successful, it shouldn’t be long before astronauts have a reliable fridge in space, the researchers said.

“During the last two years of this project, we have made tremendous strides in moving the technology forward,” Groll said. “If these parabolic flights check out as we imagine they will and prove our system works in microgravity, we’re just a couple years away from having a refrigerator for spaceflight. We’re excited to provide the refrigerator for that flight. I think we have all the tools in place to do so.”

A Quantum Internet Is closer to Reality, Thanks to This Switch 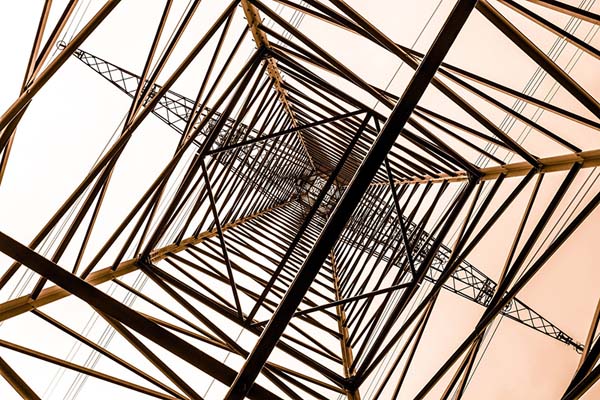 Purdue University researchers have demonstrated a new method for building quantum networks that can support communication between a larger number of quantum computers. (Credit: Pixabay)

WEST LAFAYETTE, Ind. — When quantum computers become more powerful and widespread, they will need a robust quantum internet to communicate.

Purdue University engineers have addressed an issue barring the development of quantum networks that are big enough to reliably support more than a handful of users.

The method, demonstrated in a paper published in Optica, could help lay the groundwork for when a large number of quantum computers, quantum sensors, and other quantum technology are ready to go online and communicate with each other.

The team deployed a programmable switch to adjust how much data goes to each user by selecting and redirecting wavelengths of light carrying the different data channels, making it possible to increase the number of users without adding to photon loss as the network gets bigger.

If photons are lost, quantum information is lost—a problem that tends to happen the farther photons have to travel through fiber optic networks.

“We show a way to do wavelength routing with just one piece of equipment—a wavelength-selective switch—to, in principle, build a network of 12 to 20 users, maybe even more,” said Andrew Weiner, Purdue’s Scifres Family Distinguished Professor of Electrical and Computer Engineering. “Previous approaches have required physically interchanging dozens of fixed optical filters tuned to individual wavelengths, which made the ability to adjust connections between users not practically viable and photon loss more likely.”

Instead of needing to add these filters each time that a new user joins the network, engineers could just program the wavelength-selective switch to direct data-carrying wavelengths over to each new user—reducing operational and maintenance costs as well as making a quantum internet more efficient. 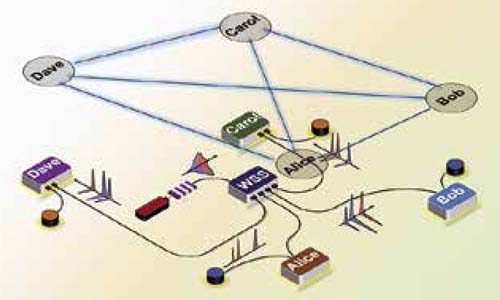 Using a programmable wavelength-selective switch can help increase the number of users in a quantum network without increasing photon loss from the switching device, a new study shows. (Purdue University image/Navin Lingaraju)

For a quantum internet, forming connections between users and adjusting bandwidth means distributing entanglement, the ability of photons to maintain a fixed quantum mechanical relationship with one another no matter how far apart they may be to connect users in a network. Entanglement plays a key role in quantum computing and quantum information processing.

“When people talk about a quantum internet, it’s this idea of generating entanglement remotely between two different stations, such as between quantum computers,” said Navin Lingaraju, a Purdue Ph.D. student in electrical and computer engineering. “Our method changes the rate at which entangled photons are shared between different users. These entangled photons might be used as a resource to entangle quantum computers or quantum sensors at the two different stations.”

Purdue researchers performed the study in collaboration with Joseph Lukens, a research scientist at Oak Ridge National Laboratory. The wavelength-selective switch that the team deployed is based on similar technology used for adjusting bandwidth for today’s classical communication.

The switch also is capable of using a “flex grid,” like classical lightwave communications now uses, to partition bandwidth to users at a variety of wavelengths and locations rather than being restricted to a series of fixed wavelengths, each of which would have a fixed bandwidth or information carrying capacity at fixed locations.

“For the first time, we are trying to take something sort of inspired by these classical communications concepts using comparable equipment to point out the potential advantages it has for quantum networks,” Weiner said.

The team is working on building larger networks using the wavelength-selective switch. The work was funded by the U.S. Department of Energy, the National Science Foundation and Oak Ridge National Laboratory.

Looking Closely at the Part to See Clearly