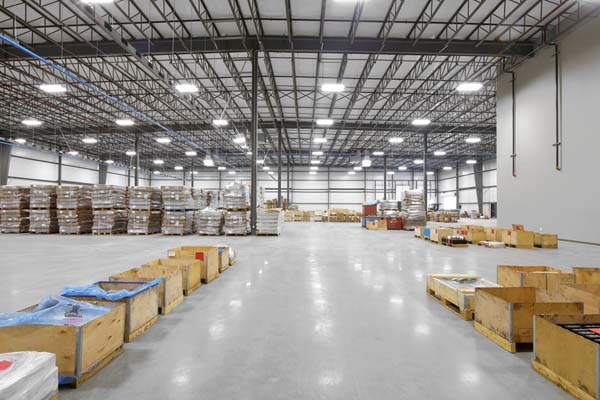 KP Components, an affiliate of Denmark-based KP Components Group A/S, specializes in precision automated CNC machining of complex parts for a variety of industries. Its Easley operation has continued to grow since the company located its first U.S. based facility in 2011 in Pickens County. That growth led to its selection of MDT to “develop a new world class manufacturing facility,” the company said in a release.

Completed in January 2021 and located on an 8-acre site on Sheriff Mill Road in Easley, the new facility will house production, distribution, and offices. The building features 28-foot clear height, fully conditioned production and warehouse space, heavy power, and employee parking, as well as significant expansion capabilities, according to the release.

“MDT is a valued partner to KP Components, and it has been a pleasure to work with them throughout this process,” said KP Components General Manager Sean Connolly, in the release.

“We are thrilled with the finished product. This new facility not only affords KP a location to better serve our existing clients but also provides us with the needed capacity to court new business and create additional jobs for the citizens of this community.”

“At MDT, we take tremendous pride in working with manufacturers to facilitate the creation of well-paying and highly skilled jobs in the communities in which they serve,” said Brian Nash, senior vice president of MDT, in the release. “KP Components is a great example of an international manufacturer continuing to invest in South Carolina. MDT is excited about this new partnership and we look forward to facilitating their continued growth.”