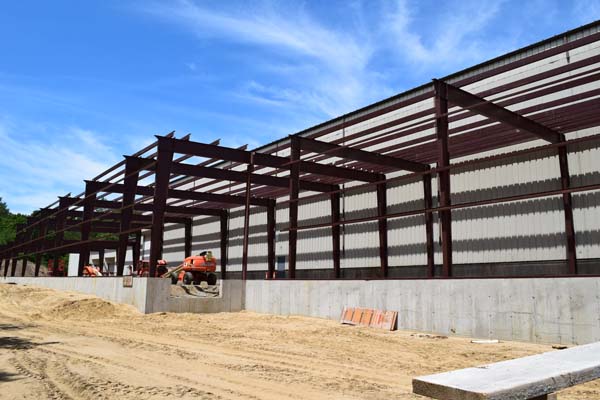 LUDLOW, Mass.—Plastics manufacturer Meredith-Springfield Associates, Inc., recently broke ground on an expansion project that will add 5,000 square feet of light manufacturing space to its facility. Meredith-Springfield, which specializes in bottles and hollow items manufactured by extrusion blow molding and injection stretch blow molding, said in a release that the expansion will make way for six new machines that will help it to automate prediction and increase capacity.

The expansion project will also add 12,000 square feet of warehouse space and three new loading docks in a 1,000-square-foot addition, bringing the total facility to 83,000 square feet, the company said.

“Meredith-Springfield was chartered in 1979,” said Mel O’Leary, president and CEO of Meredith-Springfield, in the release. “Through our years of incredible growth, we’ve called Massachusetts home, so to be able to expand our headquarters where our company was born is important to who we are.”

“It’s been a challenge to meet the needs of our growing business with our existing space,” O’Leary added. “This investment in the building and manufacturing equipment allows us to better plan for the future and increase efficiencies. It will give us room to grow while enhancing our manufacturing and warehouse spaces.”

In the coming months, Meredith-Springfield will install two new extrusion blow molding machines—a Bekum 155 and R&B/Sika 850 long stroke—and an Aoki AL-1000 injection stretch blow molding machine. Besides the molding machines, the manufacturer has acquired three new fully-automatic Dyco Baggers and a Mexan Automation Semi-automatic Bagger. These machines will automate bottle discharges from the machines after their production, with attached conveyors offering leak checks and visual inspections. Then, the baggers will palletize the finished products, readying them for shipping while eliminating the use of corrugated boxes, according to the release.

“Ultimately, our goal is to serve our customers with reduced lead times, higher quality products that are more sustainably packaged,” O’Leary continued. “We’ll soon have the space and equipment we need to move forward to the next level as a company, while providing the service our clients expect and deserve. We’re all very excited to start this next phase in our company’s evolution.”