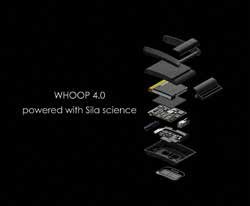 ALAMEDA, Calif.—A company specializing in next-generation battery materials is bringing to market an engineered material that could replace graphite anodes, paving the way to a new era of energy storage. The material, a silicon-anode battery chemistry developed by Sila, is reported to boost the energy density of lithium-ion (Li-ion) batteries by nearly 20 percent, reducing their size without sacrificing safety or performance, according to a release from Sila.

Sila’s material is integral to WHOOP 4.0, a fitness and health wearable that WHOOP rolled out in September. The wearable is the first commercially available device powered with Sila’s silicon anode chemistry.

Sila said in the release that its science has the ability to unlock innovations in consumer product design, the electric vehicle industry, and renewable energy. While increasing the energy density of batteries by nearly 20 percent today, Sila’s materials are said to have the potential to do so by up to 40 percent, without compromising cycle life, power, safety, or other performance parameters.

According to Sila, its silicon-anode innovation marks a significant step toward the electrification of everything, which has been stalled in recent years by minimal improvements to traditional Li-ion chemistry. The technology is also said to facilitate the development of new and unique product features for mobile devices not previously possible due to energy density and battery size constraints. These include better cameras, augmented and virtual reality sensors, wireless charging, 5G speeds, and sensors for continuous health monitoring.

“After 10 years, 55,000 iterations, and over a 1,000x manufacturing scale up, the Sila team is the first to industrialize and now make commercially available a new type of lithium-ion chemistry with dramatically higher energy density,” said Gene Berdichevsky, CEO and co-founder of Sila, in the release. “Our next-generation materials will drive radical change in product innovation, freeing consumers and device makers from having to choose between better design, more features, and battery performance.”

WHOOP 4.0 is reported to be the first product in the market to use next-generation silicon anode materials. It is a smaller, sleeker product with 17 percent higher energy density, enabling a five-day battery life and enhanced sensors for improved fitness tracking. These advances were achieved without altering existing manufacturing processes, making it faster and easier for WHOOP and its battery manufacturing partner to incorporate Sila materials into its newest wearable, according to the release.

“One of the greatest barriers to advancing the design of wearable technologies has been the weight and size of the battery technology available,” said John Capodilupo, co-founder and chief technology officer at WHOOP, in the release. “With Sila, all that has changed. We’ve been able to transform WHOOP 4.0 from its previous version and load it with new features and capabilities, without battery performance compromise. Just as we have leveraged this new battery advancement to push the wearable industry forward, Sila’s technology has the potential to enable exciting design innovation in other categories and products.”

From chips to displays, cameras, and connectivity, consumer electronics are paving the way for significant innovations in numerous industries. So too, are advanced battery materials. Automakers and cell manufacturers are looking to next-generation battery technology—in  pursuit of longer driving range, faster charging, and greater affordability—to reach their electrification goals.

Sila is doing its part to further these efforts through partnerships with leading auto OEMs and cell makers. The company said in the release that it is “producing innovation at scale to unlock new product design possibilities, remove the current barriers of energy storage, and create a path to the sustainable future we need.”

“We are running out of time to transition from the fossil fuels economy to the energy storage economy,” Berdichevsky added. “The path to a sustainable future will be paved with great products, and Sila is proud to be enabling those products today.”