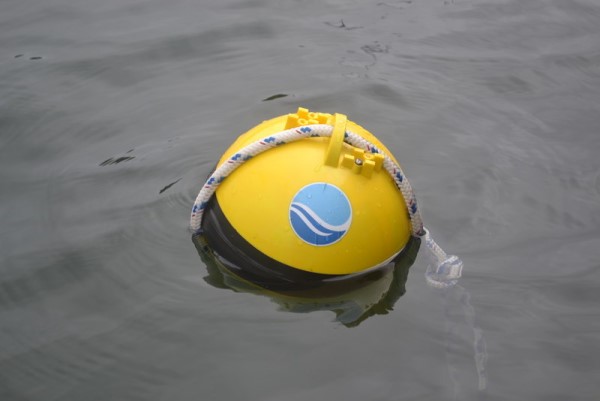 A new device from Blue Ocean Gear is reported to eliminate these issues. The smart Farallon Buoy  provides real-time tracking and monitoring of deployed fishing gear from anywhere in the world—land or sea—via mobile app or web interface, according to a release from ZAGO Manufacturing Company.

Armed with sensors, the Farallon Buoy recognizes when it is in or out of the water and alerts the user to anything unusual—equipment being dragged by a trawler, moved by a storm, or entangled. It sits atop the water, attaches to a range of subsea fishing equipment, and works even when pulled underwater by strong currents, according to Blue Ocean Gear.

“Our buoy is small and light enough to be stored inside a Dungeness crab or lobster pot, but durable enough to be bounced off the deck or whipped around by 20-foot Arctic seas,” said Peter Macy, chief business officer, Blue Ocean Gear, in the release. “It must be reliable, durable, and perform in the harshest environments.”

The screws feature a custom groove under the head, which, when combined with a rubber O-ring and tightened, forms a 360-degree leak-proof, waterproof seal that reportedly does not break or crack under treacherous conditions. They are pollutant-free and prevent contaminants—precipitation, oil, bacteria, sand, and dust—from leaking into and damaging equipment, or leaking out into the environment, according to ZAGO.

“We chose a titanium seal screw because of its high resistance to saltwater corrosion, and it’s lightweight, yet strong,” said Macy, in the release. “We chose a Buna O-ring because of its resistance to saltwater and its vast temperature range, hot and cold. In addition to pressure resistance, we like that ZAGO seal screws are sustainable, reusable, and can be unscrewed and retightened multiple times for end-of-season maintenance.”

ZAGO Manufacturing Company makes high-tech sealing fasteners and switch boots for OEMs and engineers working in numerous industries, from military and aerospace to marine, energy, robotics, LiDAR, and others. With its machine shop and tooling capabilities, the company offers a variety of sealing screws that are customized to clients’ individual requirements.

“As a sustainable manufacturer making sustainable sealing solutions for a sustainable world, we appreciate Blue Ocean Gear and its mission to create solutions benefitting people and planet,” said Gail Friedberg Rottenstrich, co-founder and CEO of Newark-based ZAGO Manufacturing Company, in the release. “We’re excited to see what comes next.”