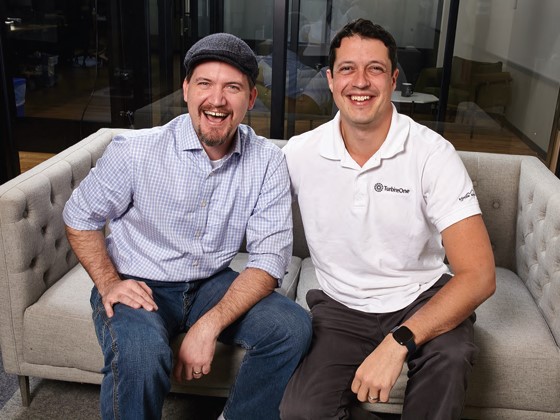 SAN FRANCISCO—Delivery of situational awareness to people serving at the nation’s frontlines—firefighters, paramedics, and warfighters—is the mission of TurbineOne, a company working to equip public sector heroes with technologies that enable them to perform most effectively. TurbineOne is currently developing a product intended to give ground forces the information they need to navigate dangerous environments.

The company is using a recent infusion of $3 million in seed funding to expand its engineering team and accelerate product delivery of its Frontline Perception System, according to a release from TurbineOne.

The Frontline Perception System is designed to help people navigate treacherous situations by providing them with wearable AI and “unprecedented situational awareness.” It is said to break down data silos and deliver necessary intelligence directly to the tactical edge. By doing so, it is reported to provide unparalleled insights to first responders and warfighters on the ground without overwhelming them with data or relying on poor internet connections.

According to TurbineOne, the system uses machine learning on edge hardware—systems without an internet connection. Aiming to increase mission safety and success, it helps people serving in dangerous environments to find what they are looking for, know where their teammates are physically located, and receive smart-alerts for unseen dangers, the company said in the release.

Through a new project with Siemens Government Technologies, which TurbineOne called “a significant product development,” TurbineOne will power autonomous robots that will geolocate foreign object debris (FOD) on military airfields. It’s why Turbine One’s product—formerly known as the On-Body Operating System—is now known as the Frontline Perception System, as it expands beyond body-worn systems to include robots and drones.

The project starts with a new Department of Defense prototyping contract at Joint Base Pearl Harbor-Hickam, the company said.

“Foreign Object Debris (FOD) creates a dangerous and expensive risk with the potential to cause catastrophic failure to turbine engines and other critical aircraft systems,” said Glenn Rosen, digital solutions business developer at Siemens Government Technologies, Inc., in the release. “The combination of TurbineOne’s FOD Dogs and Siemens’ Intosite™ software will increase safety for pilots and maintainers. This combined solution will also result in huge cost savings by preventing damage to expensive equipment and by eliminating countless man-hours looking for FOD on tarmacs, taxiways, and runways.”

According to TurbineOne, recent innovations in defense technology have focused largely on expensive cloud deployments for generals and admirals who view massive dashboards in windowless rooms. TurbineOne, however, takes a fundamentally different approach by concentrating on the other end of the operational spectrum—the people on the ground. It delivers essential intelligence directly to the people serving on our nation’s frontlines.

“We see TurbineOne as solving a fundamental issue of national security,” said Ian Kalin, TurbineOne’s CEO and co-founder. “We can empower a digitally native generation with the mobile tools they expect, but that today’s DOD is simply not providing. When I served in the military, I spent far too much time trying to find dangerous things with outdated tools.”

“We see TurbineOne as solving a fundamental issue of national security,” explained Ian Kalin, TurbineOne’s CEO and co-founder, in the release. “We can empower a digitally native generation with the mobile tools they expect, but that today’s DOD is simply not providing. When I served in the military, I spent far too much time trying to find dangerous things with outdated tools, and I wish I had TurbineOne’s products back then. People serving our nation today deserve the best technology that the American commercial sector can offer, and I’m excited by how TurbineOne is helping to bridge this gap.”

Algorithm builders seeking to join TurbineOne’s platform must have the technical and commercial ability to do so. Similar to how Apple’s App Store marketplace securely delivers third-party apps to iPhones, TurbineOne said it deploys the best computer vision and perception models to its customers on the Frontline Perception System. TurbineOne is also committed to partner integration, as it works with companies like Google and FEDDATA, according to the release.

TurbineOne was started by Ian Kalin and Matt Amacker as a project incubated by Sweat Equity Ventures. Kalin previously served in the U.S. Navy as a Counter Terrorism Officer after witnessing the Pentagon attack on September 11th. He later served as the first Chief Data Officer for the U.S. Department of Commerce.

Amacker has been awarded more than 110 patents and was the former head of applied R&D at Google. He was also a principal engineer at Amazon and the head of car AI for the Toyota Research Institute. Together, Amacker and Kalin realized that people serving in dangerous frontline environments do not have machine learning (ML) capabilities, so they founded TurbineOne to address the national security challenge, the company said.

“TurbineOne’s team is passionate about improving government technology in an effort to protect those on the frontlines, as well as the nation as a whole,” said Ross Fubini, managing partner of XYZ Venture Capital and seed investor in Anduril, in the release. “They are also unique in the startup ecosystem with their market insights and technical capabilities to deliver applied ML at the internet-disconnected edge.

“An edge-deployable operating system has a massive addressable market when considering all the sensor data, like video feeds, that would benefit from having ML-generated insights,” he added. “TurbineOne is uniquely positioned to capture that opportunity.”

Along with its seed funding, TurbineOne added a new board member, Marina Nitze, formerly the chief technology officer at the Department of Veterans Affairs. Nitze was also part of the original class of Presidential Innovation Fellows and the U.S. Digital Services team. She is recognized as a national leader in government technology, and her expertise and insights will be highly beneficial to TurbineOne as the company expands its reach within the Department of Defense. TurbineOne currently works with the U.S. Navy and Air Force, the company said.