The U.S. Department of Defense is actively engaged in numerous areas to strengthen national security while mitigating risks. Following are three articles from DOD News outlining the department’s efforts to involve more small businesses in its manufacturing supply base and strengthen its technological capabilities.

Two F-35 Lightning II’s bank after receiving fuel over the U.S. Midwest, Sept. 19, 2019. Military systems such as the F-35 are produced by a decreasing number of private sector companies in the defense industrial base, a recent Defense Department report says. (Photo by Air Force Master Sgt. Ben Mota)

A report just released by the Defense Department reveals consolidation in the defense industrial base, which poses risks to national security. The report lays out a series of proposed efforts by the department—including finding ways to help more small businesses get involved—to help mitigate that risk.

The “defense industrial base” refers to the collection of businesses, large and small, that DOD relies upon to provide the materials, equipment, and weapons systems needed to defend the nation.

In recent years, the report shows, the number of companies within the defense industrial base has shrunk dramatically. The decrease in participation decreases the diversity of suppliers and, at the same time, decreases the kind of competition that spurs innovation and lowers prices paid for defense materials by the taxpayer, the report said.

“Since the 1990s, the defense sector has consolidated substantially, transitioning from 51 to 5 aerospace and defense prime contractors,” the report states. “As a result, DOD is increasingly reliant on a small number of contractors for critical defense capabilities.”

Over the last 30 years, the report continues, the number of suppliers for things such as tactical missiles, fixed-wing aircraft, and satellites have all declined dramatically. For instance, 90 percent of missiles now come from just three sources, the report said.

During a background briefing in advance of the report’s release, senior administration officials discussed measures the department will take to increase competition within a shrinking defense industrial base and why those efforts are important.

“Competition within the [defense industrial base] is vital to the department because it improves cost and performance and fosters greater innovation for the products and services needed to support national defense,” one official said. “Competition is also an indicator of the necessary industrial capability and capacity to deliver the systems, key technologies, materials, services, and products DOD requires to support its mission.”

Within the DOD report are five recommendations for how to increase participation in the existing defense industrial base and spur increased completion there, as well. 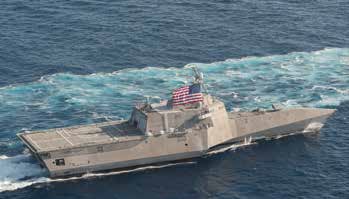 The littoral combat ship USS Independence (LCS 2) is underway in the Pacific Ocean, April 23, 2014. Military systems such as the littoral combat ship are produced by a decreasing number of private sector companies in the defense industrial base, a recent Defense Department report says. (Photo by Navy Chief Petty Officer Keith DeVinney)

“The department’s specific actions will address the systematic challenges to expanding competition and ensuring a sufficient domestic capacity and capability in the priority industrial base sectors while promoting greater competition,” the official said.

First, the department plans to strengthen oversight of mergers between companies within the defense industrial base. The report said when new mergers between existing defense contractors are proposed and the department identifies such mergers as posing a risk to DOD interests, the department will support the Federal Trade Commission and Department of Justice in antitrust investigations and recommendations.

The report highlights the challenges to planning for and securing the intellectual property rights and data needed to promote competition over the long term.

The number of players now in the defense industrial base is insufficient, the report said, and the department would like to see more companies involved competing to support defense priorities.

One way to do that is through the use of acquisition authorities such as “other transaction authority,” as well as commercial solutions openings that will allow the department more flexibility to better operate in the commercial space and make it easier for contractors who haven’t worked with DOD to become involved.

“Specifically for the small businesses, I would say that we’ve seen a decline in our small business prime contractors, and we believe that increasing that, reversing that downward trend will help us and help the mission and the warfighter,” the official said.

Finally, the department hopes to increase supply chain resiliency in five areas designated as priorities. These areas include casting and forgings, missiles and munitions, energy storage and batteries, strategic and critical materials, and microelectronics. 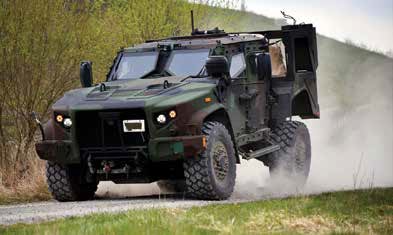 A joint light tactical vehicle demonstrates its braking capability in the driver’s mobility course in the Boblingen Local Training Area, Germany, April 22, 2021. Large combat equipment is often made by major defense contractors. Many small businesses that can also bring new technologies to the Defense Department on their own are also involved in contracts to build such equipment. (Photo by Jason Johnston, Army)

The Defense Department needs innovation now—and too often, the best new technology from America’s small business innovators dies before it can become a program of record for the military, said the undersecretary of defense for research and engineering.

Heidi Shyu said the DOD spends over $2 billion annually on Small Business Innovation Research, or SBIR, in a variety of technology areas.

“I’m personally engaging with small businesses, small business roundtables to understand the impediments in doing business with them and what are the impediments that they see that we can help them out [with] in terms of removing the roadblocks,” said Shyu said at the National Defense Industrial Association’s science and technology conference in Hawaii on March 7.

One road block the department hopes to overcome involves how some technologies that originate in small business are unable to make it to fruition due to lack of funding.

“We are submitting a legislative proposal to enable more funding of multiple tranches of Phase II funding,” she said. “Phase I funding is usually pretty small, $50 to $75k over a period of six months—basically to flesh out your concept.” 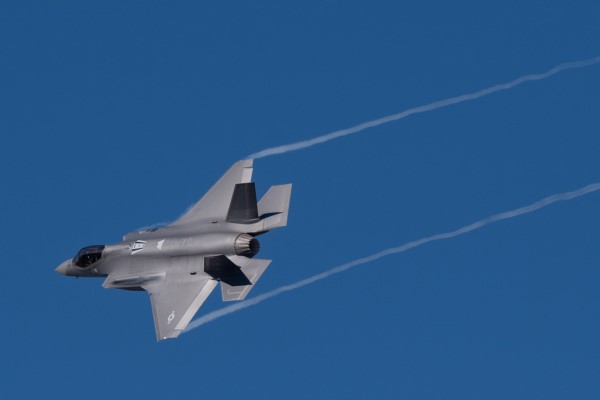 The second phase, she said, is for a small business to think about developing a prototype. She said funding there typically ranges around $1.5 million.

“After Phase II, SBIR ends,” she said. “Phase III is up to the program of record, the services, to fund, so they have to catch the football. The problem here is, typically, the technology’s not mature enough at a [technology readiness level] six to enable a successful transition into a program of record.”

What that means, she said, is that promising technology might make it through Phase II, but never make it to Phase III—adoption by a military service—because it’s not quite ready yet to make that transition. So, any hope a small business might have of putting their new technology into the hands of service members comes to an end.

“What I would like to do is have Congress approve to allow us to form multiple tranches of funding—Phase IIa, Phase IIb, Phase IIc—so we can continue to mature the technology and bridge over, I call it ‘the valley of death,’ for small companies,” she said. “This way we have a much higher probability of helping them to transition into a program of record.”

Shyu also said the office of research and engineering is redesigning its website to make it easier for small businesses with ideas to make inroads with DOD.

“We are also in the process of rebuilding the USD [undersecretary of defense] R&E [research and engineering] website … to help small business, especially, to navigate the Byzantine DOD,” she said. “A lot of the small businesses, they have no idea who to even go talk to … it’s this giant wall in front of them. And, hopefully, once we get our website up and running, they can be able to Google and input whatever product that they have to help them figure out who to go talk to.”

DOD in Search of Disruptive Technologies That Will Enable the Warfighter 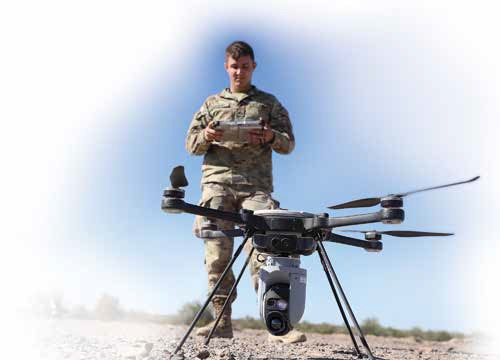 Peer adversaries Russia and China have been investing heavily on developing capabilities in hypersonics, space, nuclear, cyber, and autonomy, U.S. Undersecretary Of Defense for Research and Engineering Heidi Shyu said while speaking virtually at a McAleese defense conference on March 8.

“[This] has amplified the criticality of strengthening our technological superiority and maintaining our military advantage, to include teamwork with our allies and partners,” she said.

Adversaries will increasingly have greater access to commercial state-of-the-art technologies than ever before, she added.

“We cannot afford a leveling of technology advantage. It is imperative for the department to nurture early research in emerging technologies to prevent technological surprise. We must leverage critical state-of-the-art commercial technology where rapid advancements are trying to accelerate our military capabilities,” Shyu said. “We must leverage the incredible amount of technology innovation across our nation to give our leap-ahead capabilities to solve tough operational challenges.”

The department must harness the innovation, both domestically and globally. This includes university affiliated research centers, federally funded research and development centers, defense industry and commercial sectors, and allies and partners.

“Working together, we can solve the toughest challenges much more rapidly. Teamwork is our asymmetric advantage,” Shyu said, describing some current and upcoming initiatives. 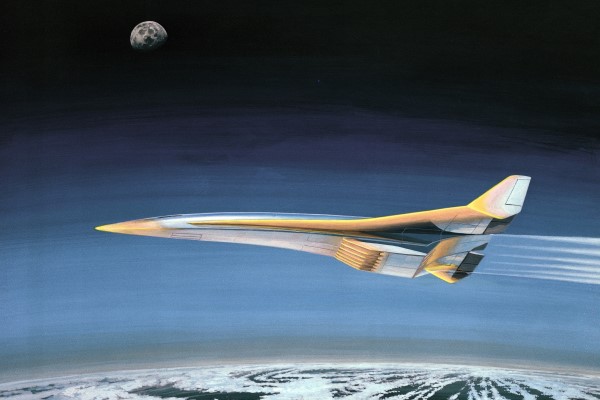 The 2021 cohort comprises students representing 184 colleges and universities and is the largest and most diverse in the program’s 15-year history, Shyu said. After graduation, the SMART scholars will work at one of the 100 DOD labs, she added.

Shyu also noted potentially disruptive capabilities that the department would like to acquire, including biotech, advanced materials, and onshored micro-electronics.

Advanced materials that can be stronger, yet lighter, can reduce the logistics burden. Also, materials that can handle extreme temperatures better can protect personnel. 5G and future G wireless technology can aid in communications.