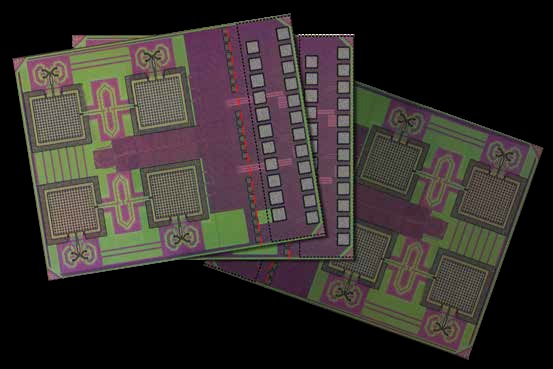 This image shows the CMOS THz-ID chip. The chip is a collaboration between Profs. Ruonan Han and Anantha P. Chandrakasan. (Image courtesy of researchers, edited by MIT News)

MIT researchers lay out a strategy for how universities can help the U.S. regain its place as a semiconductor superpower.

The global semiconductor shortage has grabbed headlines and caused a cascade of production bottlenecks that have driven up prices on all sorts of consumer goods, from refrigerators to SUVs. The chip shortage has thrown into sharp relief the critical role semiconductors play in many aspects of everyday life.

But years before the pandemic-induced shortage took hold, the United States was already facing a growing chip crisis. Its longstanding dominance in microelectronics innovation and manufacturing has been eroding over the past several decades in the face of stepped-up international competition. Now, reasserting U.S. leadership in microelectronics has become a priority for both industry and government, not just for economic reasons but also as a matter of national security.

In a new white paper, a group of MIT researchers argue that the country’s strategy for reasserting its place as a semiconductor superpower must heavily involve universities, which are uniquely positioned to pioneer new technology and train a highly skilled workforce. Their report, “Reasserting U.S. Leadership in Microelectronics,” lays out a series of recommendations for how universities can play a leading role in the national effort to reattain global preeminence in semiconductor research and manufacturing.

“In this national quest to regain leadership in microelectronics manufacturing, it was clear to us that universities should play a major role. We wanted to think from scratch about how universities can best contribute to this important effort,” said Jesús del Alamo, the Donner Professor in MIT’s Department of Electrical Engineering and Computer Science (EECS) and the leading author of the white paper. “Our goal is that, when these national programs are constructed, they are built in a well-balanced way, taking advantage of the tremendous resources and talent that American universities can bring to bear.” 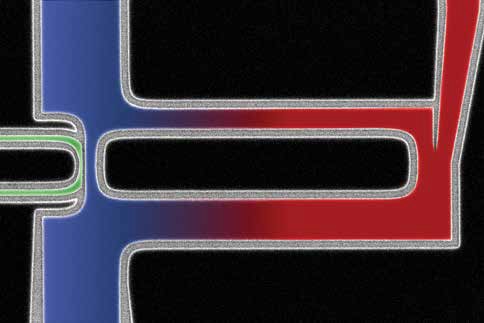 The invention of semiconductor technology by U.S. scientists led to the birth of Silicon Valley in the 1950s, which helped the U.S. became the dominant force in semiconductor research and manufacturing, but that dominance has been slipping for decades. Only 12 percent of semiconductor chips are produced in the U.S. today, down from 37 percent in 1990, according to the Semiconductor Industry Association.

One driver of that domestic decline is the massive infrastructure investments countries like South Korea, Taiwan, and China have made over the past few years. Those investments have boosted their domestic microchip companies and even enticed some U.S. firms to open fabrication facilities overseas, del Alamo explained.

A chip manufacturing plant, also known as a fab, might cost as much as $10 billion, so companies make a big economic bet when they decide to build a new facility. Any economic incentives governments can provide, in the form of tax advantages, cheap land, and even outright subsidies, play a role in a firm’s decision about where to site a fab. 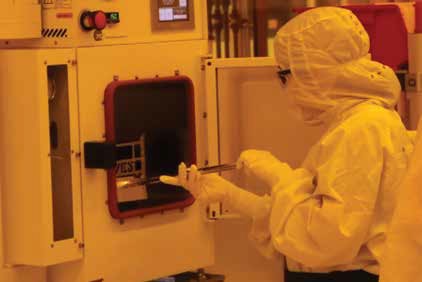 This photo shows a student in the clean room of MIT.nano. (Image courtesy of the researchers)

A 2020 report from the Semiconductor Industry Association asserts that, when economic incentives are taken into account, manufacturers face a 30 percent cost disadvantage when producing microchips in the U.S. versus Asia.

United States policymakers are working to close that gap, in part, with the CHIPS Act, legislation that would provide $52 billion in federal investments for domestic semiconductor research, design, and manufacturing. Congress is also considering another piece of legislation, the FABS Act, which would establish a semiconductor investment tax credit.

As the authors point out in the white paper, economic incentives are only part of the picture.

Reasserting leadership in semiconductor manufacturing will also require thousands of new highly skilled workers, and universities contribute a sizable fraction of the workforce for the industry. Expanding the size and diversity of this workforce will be key, but educational institutions face an uphill battle as more students abandon “hard tech” for fields like computer science. Attracting more students will require exciting hands-on lab courses, inspiring research experiences, well-crafted internships, and support from industry mentors, as well as fellowships at all levels, among many other initiatives.

“We are already in a situation where we are not producing enough engineers at all levels for the semiconductor industry, and we are talking about a major expansion. So, it just doesn’t add up,” del Alamo said. “If we want to provide the workforce for this major expansion, we need to engage more students. The only way, in the short term, to provide many more graduates for this industry is expanding existing programs and engaging institutions that have not been involved in the past.”

Universities have also played a major historic role in contributing fundamental research, and the nation will need to rely on academic labs to generate new innovations.

But many universities have aging infrastructure that is fast approaching obsolescence, if it isn’t outdated already. The authors of the white paper argue that the U.S. needs to invest in university infrastructure — both capital equipment and people to operate it and support research and educational activities. A major upgrade for research facilities is essential for universities to remain relevant to industry and its state-of-the-art tools. The 214,000-square-foot, $400 million MIT.nano facility, which opened in 2018, is an example of how a cutting-edge, shared facility can host industry-relevant tools, as well as research and educational programs, to drive the semiconductor industry forward, del Alamo said.

“It is not just about making transistors smaller. Future progress requires new materials, new processes, reimagined devices, and novel integrated systems,” said Vladimir Bulovic, the Fariborz Maseeh Professor of Emerging Technology and founding director of MIT.nano. “Technologies that we will rely on a decade from now might look nothing like the ones of today.”

“It is not just about making transistors smaller. Future progress requires new materials, new processes, reimagined devices, and novel integrated systems,” said Vladimir Bulovic, the Fariborz Maseeh Professor of Emerging Technology and founding director of MIT.nano. “Technologies that we will rely on a decade from now might look nothing like the ones of today. Academic innovations are bound to disrupt the present technical roadmaps and leapfrog the performance of presently imagined systems. Maintaining a strong link between today’s industry and academia will ensure that our best ideas can enhance the present industry and launch new technical ventures.”

“Academic innovations are bound to disrupt the present technical roadmaps and leapfrog the performance of presently imagined systems,” said Vladimir Bulovic, Fariborz Maseeh Professor of Emerging Technology and founding director of MIT.nano.. “Maintaining a strong link between today’s industry and academia will ensure that our best ideas can enhance the present industry and launch new technical ventures.”

Startups also play a vital role in innovation, and universities have long been a hotbed of entrepreneurial activity. For this to continue, the authors argue that universities need strong partnerships with prototyping facilities, national labs, and commercial foundries to help enterprising researchers spin their innovations out into tech startups that will become the world-class corporations of the future.

Collaborations with Lincoln Laboratory, a federally funded research institute located in Lexington, Massachusetts that is managed by MIT, have enabled microchip innovations that wouldn’t be possible otherwise, del Alamo said.

“MIT’s combination of a world-class innovation engine with a capability to prototype complex microelectronics at Lincoln Laboratory is unique and powerful,” said Bob Atkins, division head of the Advanced Technology Division at Lincoln Laboratory. “The combination supports both discovery and maturation of disruptive microelectronics technology, and permits translating ideas into practical realization. It has produced a long history of impactful developments,  ranging from specialized imagers to microelectronics lithography employed worldwide.”

Harnessing the full potential of universities will require a strategy that fosters regional networks where different types of institutions, including colleges and community colleges, can work together to create joint research and educational programs that also involve partnerships with industry.

For more than 35 years, MIT has benefitted from its Microsystems Industrial Group, which guides research and education activities, mentors students and faculty, and offers financial support. Working closely with industry helps faculty appreciate and understand problems that are interesting but also relevant, that they should tackle in their research. These sorts of cross-cutting partnerships will become even more important in the future, del Alamo said.

“I am so thankful for the white paper put out by my colleagues. I completely agree with the vision and direction that has been pointed out here, which has also inspired me to see, as an individual researcher and teacher, how I can make contributions in this,” said Jing Kong, a  professor of electrical engineering and a principal investigator in the Research Laboratory for Electronics. “Universities play a critical role in reasserting the U.S. leadership in microelectronics. My hope is that the white paper could serve as an assistant and guide for administrators and policymakers, to both facilitate and take advantage of the potential offered by university education and research in such an endeavor.”

Gold Plater Delivers for the Stars