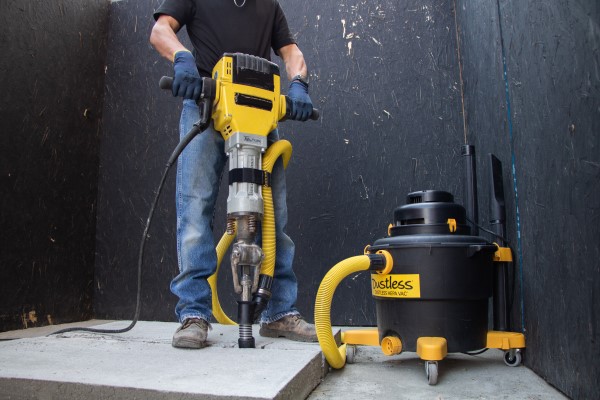 End-use products, such as core components on the DustBuddie from Dustless Tools, are being 3D printed domestically in DuraChain materials. (Photo: Business Wire)

Desktop Metal’s new photopolymers are reported to produce tough, resilient end-use parts while eliminating the need for a two-part resin

BOSTON— Parts produced with standard acrylate-based resins used in DLP 3D printing today are prone to shattering or fracturing upon impact. For decades, the 3D printing industry has been working to incrementally improve these material properties with an eye toward delivering more durable and elastomeric properties.

Desktop Metal, a developer of additive manufacturing technologies for mass production, recently introduced new photopolymers that are reported to solve this challenge. The company’s DuraChain™ photopolymers use a materials chemistry process known as Photo Polymerization-Induced Phase Separation (PIPS) to produce tough and resilient end-use parts while eliminating the need for a two-part resin, according to a release from Desktop Metal.

DuraChain was developed by Texas-based Adaptive3D, which Desktop Metal acquired in 2021. When illuminated during digital light processing (DLP) printing, DuraChain materials are said to phase separate into two parts at the nano level, and then cure into a resilient, high-performing network that offers a variety of benefits.

Unlike two-part resins, DuraChain photopolymers reportedly demonstrate a long pot life of about one year, depending on environmental conditions. As a result, they are more suitable for volume production and reducing waste from spoiled, unused material, according to the release.

“DuraChain photopolymers signal a new era in DLP printing that delivers material properties that compete with thermosets in a long pot-life material,” said Ric Fulop, co-Founder and CEO of Desktop Metal, in the release. “Parts printed with DuraChain resins are high performing in a wide range of temperatures and offer other important benefits that will quickly lead to new material innovations in DLP printing.” 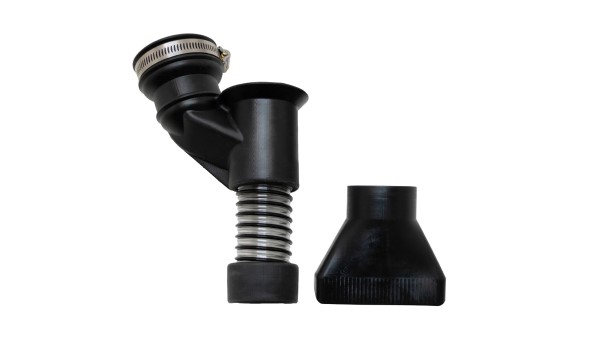 The black shroud of the DustBuddie from Dustless Tools is one of the rugged end-use applications currently being 3D printed in DuraChain materials. The materials use a 2-in-1 pot chemical reaction to produce stronger material properties in DLP printing, according to Desktop Metal. (Photo: Business Wire)

According to Desktop Metal, photopolymers that cure using the Photo PIPs process have been studied by researchers for years, but have not been broadly commercialized. This is primarily because DLP 3D printing hardware has struggled to print the high viscosity resins required to make use of the process, the company said.

Most DLP systems feature a bottom-up printing process. A projector is placed below the build area, illuminating each part layer through a transparent tray while the part advances upward, suspended to a build tray. Because Photo PIPS resins require more energy to cure and are relatively heavy compared to standard resins, they are challenging to suspend from a build plate during bottom-up DLP printing, the company said.

Desktop Metal’s DuraChain materials will be printable on one of the additive manufacturing industry’s only top-down DLP systems, the ETEC Xtreme 8K.

Several DuraChain materials, including Elastic ToughRubber (ETR) 70 and ETR 90 (which differ in Shore A durometer value), will be exclusively available on the ETEC Xtreme 8K. The ETR 70 material is available in Black, and ETR 90 is available in both Black and Blanc, which produces white parts that can be dyed to any color for production, the company said.

Elastic ToughRubber is already being used to 3D print end-use parts. Dustless Tools, a Utah-based maker of construction and industrial vacuum systems, is using it to domestically produce its DustBuddie for demolition hammers. The rugged application requires the material to have high energy return, tear strength, resilience, and other durability properties.

The material is also being used by Aerosport Additive, an Ohio-based 3D printing service bureau makes prototypes and production parts for industries that include aviation, automotive, medical, electronics, and military. Aerosport is using ETR 70 Black and has purchased several ETEC Xtreme 8K printers, according to Desktop Metal.