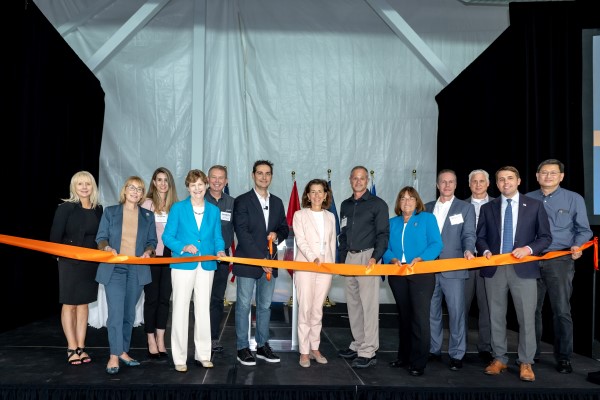 The facility will increase its silicon carbide (SiC) capacity by five times year-over-year, helping to ensure the supply of critical components for onsemi customers

HUDSON, N.H.—Semiconductor manufacturer onsemi expanded its silicon carbide (SiC)  production facility in New Hampshire, clearing the way to increase its SiC boule production capacity by five times, year-over year. The site will almost quadruple the number of onsemi employees in Hudson by the end of 2022, the company said in a release.

OnSemi is a developer of intelligent power and sensing technologies that is focused on automotive and industrial end-use markets. The company said that in addition to vehicle electrification and safety, it is also working to accelerate improvements in sustainable energy grids, industrial automation, and 5G and cloud infrastructure.

The expansion reportedly gives onsemi full control of its silicon carbide manufacturing supply chain, starting with the sourcing of silicon carbide powder and graphite raw material, and continuing through the delivery of fully packaged SiC devices. Onsemi said this will allow the company to provide customers with the assurance of supply required to meet rapidly growing demand for SiC-based products.

Silicon carbide is critical for enabling efficiency in electric vehicles (EVs), EV charging, and energy infrastructure, and is an important contributor on the path to decarbonization. The total addressable market for SiC is projected to grow from $2 billion in 2021 to $6.5 billion in 2026, at a compound annual growth rate of 33 percent, according to the release.

“In addition to market-leading efficiency of our products, our end-to-end vertically integrated solution in a supply-constrained environment is a compelling and differentiated competitive advantage,” said Simon Keeton, executive vice president and general manager of the Power Solutions Group at onsemi, in the release. “We have already expanded to a second building as we increased our substrate capacity, and plan to continue ramping, allowing us to source our own cutting-edge SiC wafers for customer products.”

Onsemi is reported to be the only large-scale supplier of SiC and insulated-gate bipolar transistors (IGBT) that has “end-to-end supply capability.” The company recently announced $4 billion of committed SiC revenue for the next three years through long-term supply agreements with a broad base of customers. It will triple last year’s silicon carbide revenue in 2022 and exceed $1 billion in revenue in 2023, the company said.

The company marked the expansion of its silicon carbide (SiC) facility with a ribbon cutting ceremony that signified the importance of manufacturing semiconductors in the United States. In attendance of multiple guests of honor, led by U.S. Secretary of Commerce Gina Raimondo. Also present were U.S. Senators Jeanne Shaheen and Maggie Hassan from New Hampshire, Representative Chris Pappas from the 1st congressional district of New Hampshire, and Representative Annie Kuster from the 2nd congressional district of New Hampshire, as well as other local governmental dignitaries.

The ceremony came days after President Biden signed the CHIPS and Science Act into law. The Act will strengthen supply chain resiliency and help avoid disruptions for critical components affecting every sector of the economy, the company said.